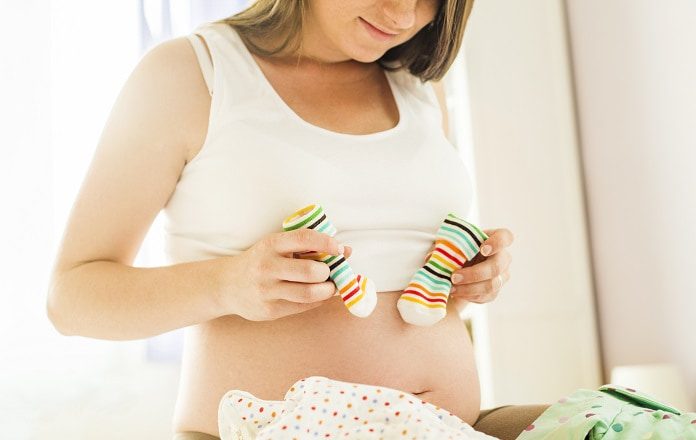 Babies and children are primarily exposed to these endocrine disruptors through their diet. BPA has been used in the manufacture of plastic bottles, and parabens have been used in the manufacture of teething rings. Researchers have become concerned about the possible exposure of children to these chemicals through contact with the skin when clothes are made with synthetic fibers, such as polyester or nylon.

To determine whether infants or children were at risk for exposure to BPA or parabens, Spanish researchers at the University of Granada purchased 32 pairs of socks for infants aged 1-12 months and 12-48 months, from three stores. The study results were published in the journal Environment International.

The three stores were a bargain store, a low-cost fast-fashion store, and a high-end department store. The socks varied in price, composition, and color. They were stored in plastic bags until analysis. Researchers performed a variety of laboratory analyses on the socks to determine the amounts of BPA and parabens present in the socks. They also developed a formula to determine the amount of time the socks would on average be in contact with the children’s skin. This formula helped the researchers to quantify the children’s exposure to the endocrine disruptors.

The researchers detected BPA in 90.6% of socks tested. In 35.4% of the samples, the EU limit of 0.1 ppm BPA in children’s toys was exceeded. Fifteen socks contained more than 1000 ng/g. Socks from the bargain store contained 25 times more BPA than socks from the two other stores.

Researchers also tested for four different types of parabens and assessed the hormonal activities of the chemicals in the socks. Three of the parabens were found in all sock samples. Ten samples from the bargain store mimicked the activity of the female hormone estrogen, while six exhibited male hormone-blocking characteristics. Those socks with the highest levels of BPA had the highest hormonal activity.

In light of these results, when shopping for clothing, look for dye-free, natural or organic fabrics to provide the safest clothing for babies and expectant mothers.