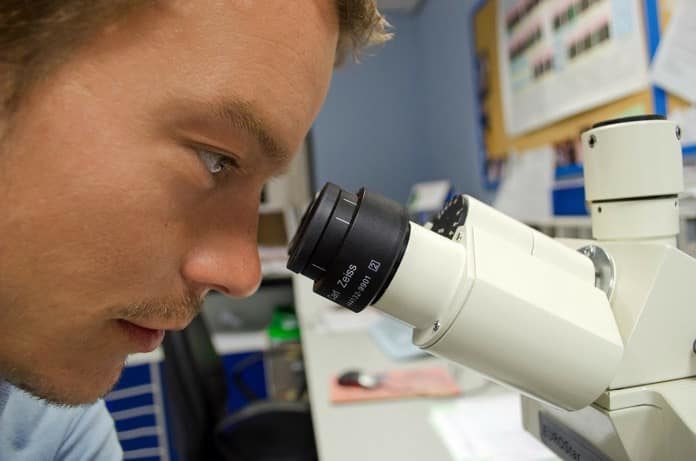 DNA methylation plays a vital role in regulating the epigenome and consequent cell behaviour. A multinational research team investigated if DNA methylation can be used to better understand and diagnose cancer.

Paul Ehrlich, a Jewish physician and scientist of the late 19th century, proposed that the immune system plays a vital role in preventing cancer development. He hypothesized that the host immune system surveys the body for early tumour cells and destroys them before they develop into cancer. Although his hypothesis was mostly ignored for the past century, current research on cancer development suggests that Paul Ehrlich was right after all.

Benign tumours are cancerous masses that grow uncontrollably within the body. During tumour growth, genetic mutations within some of the cells of the tumour occur which may lead to new and more dangerous cancerous traits (e.g. resistance to chemotherapy). However, recent research on cancer shows that immune cells are not only continuously invading the tumour to suppress and destroy it, but the epigenetics of these immune cells similarly change as the tumour develops.

A multinational research team, including scientists from China, Canada, and Sweden, recently conducted a study to determine if DNA methylation can be used to diagnose cancer. In a recent paper published in the journal Clinical Epigenetics, these researchers investigated if immune cells within peripheral blood change their epigenetics as cancer progresses in hepatocellular carcinoma (HCC). Genetics is the study of what genes are important for growth, development, and normal bodily sustainment. Epigenetics is the study of how those genes are regulated throughout a person’s life. Specifically, this study focuses on CpG islands, which are regions of DNA that can be modified via methylation, a biochemical tag, to turn off certain genes.

The researchers collected whole blood samples from HCC patients of all stages of cancer progression, patients with hepatitis B or C, and healthy controls. They collected DNA from the blood samples and analyzed it for DNA methylation.

Since DNA methylation regulates whether genes are “on” or “off”, the researchers investigated which genes were being demethylated and consequently being turned off as HCC progresses. The researchers found that the methylation of gene regulators associated with immunity, inflammation, and stress regulators had a linear correlation with HCC progression, suggesting that cancer alters immune cell epigenetics and consequent behaviour. Interestingly, a promoter for PD-1, an immune checkpoint gene, was found demethylated in later HCC stages. Since an active PD-1 gene stops immune cells from working, this suggests that has HCC progresses immune cells will gradually turn off which partly explains the severity and lethality of stage 3 and 4 cancers.

DNA Methylation Status as a Biomarker for Diagnosis

Early HCC diagnosis is imperative for early treatment to increase the chance of survival. Knowing that HCC progression is correlated with peripheral blood DNA hypomethylation, the researchers investigated if they could use gene methylation status as a biomarker for diagnosing HCC (any stage) from healthy controls. Using T cell and peripheral blood epigenome data, the researchers found that the STAP1 gene was an ideal biomarker as it had an accuracy of 85.7% of diagnosing stage 1 and 2 HCC compared to hepatitis and healthy controls.

DNA methylation plays a vital role in regulating the epigenome and consequent cell behaviour. In this study, researchers showed that DNA becomes less methylated in patient immune cells as HCC progresses. The genes most affected by these changes were shown to be associated with immunity. One such gene, PD-1, was shown to be hypomethylated, which suggests it will be turned on leading to immune cell shut down, making it an ideal target for pharmacological correction for late stage HCC patients. The researchers were also successful in using the peripheral blood in diagnosing early-stage HCC with relatively high accuracy, opening up the possibility for easy-to-use blood tests in diagnosing ‘undetectable’ cancers at an early stage. These results show a promising outcome for utilizing DNA methylation as a means for therapeutic and diagnostic purposes in cancer research.