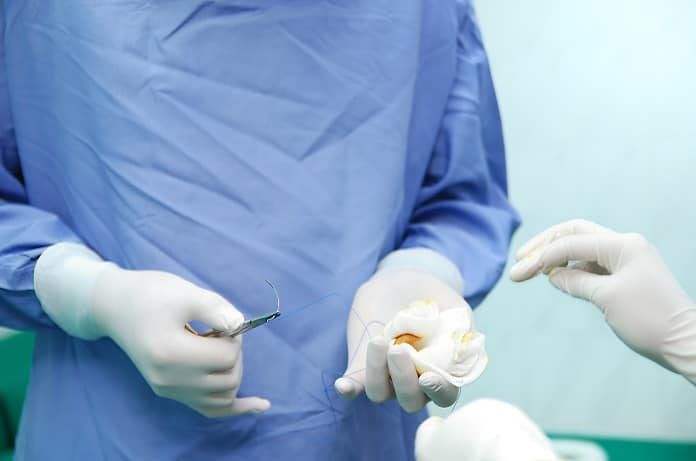 This sizable study seized data of a homogenous cohort of7,811 patients. The researchers evaluated newly diagnosed node-negative oral cancers treated with definitive surgery in the years 2004 to 2012, and excluded a base of tongue cancer patients who received adjuvant therapies, died, or were lost to follow-up within 3 months of diagnosis or surgery.

The median overall survival of the population was 7 years (92.2 months).Patients were followed up for a median of 4 years (48.3months) and the median node count was 23 in a range of 1-90. The results showed that 5,998 or 77% of patients had no pathology in the nodes that were dissected. Nonetheless, patients who have more than 24 nodes extracted had a longer survival rate (hazard ratio of 0.82 in a 95% conference interval of 0.75-0.88).

Correlation graphs between years after surgery and proportion of oral cancer patients show survival rates of OCSCC patients with more than 24 lymph nodes removed being significantly higher.  For example, 10 years after surgery in stage t1 –62% of patients with more than 24 lymph nodes removed survived as compared to only52%ofless than 24 lymph nodes removed. There was also a similar demonstration of a 10% higher proportion of cancer survivors in the 10-year gap post-surgery in early stage t1 to t3 cancer. The 10-year survival of stage t4 patients, however, remained insignificant. Limitations of this study may include immeasurable confounders, missing data, selection bias and errors in reporting.

Curative surgery remains the only definitive treatment, and recurrent OCSCC has increased mortality rates due to possible complications of advanced metastasis and/or size/depth of tumor that thwart the possibility of life. Prophylactic nodal dissection remains an attractive option as results of the study clearly indicate good prognostic outcomes of a surplus dissection of more than 24 lymph nodes in stage t1-t2 of OCSCC.