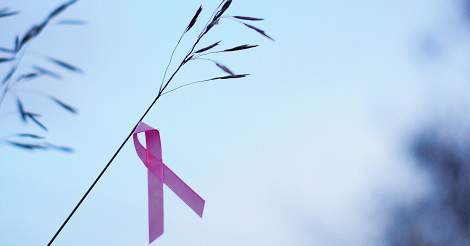 A new study published in New England Journal of Medicine reports that extending the use of aromatase inhibitors (medications that stop estrogen production) from 5 to 10 years post-cancer treatment can significantly increase the rate of disease-free survival and the risk of cancer occurring in the other breast.

Last year, over 25, 000 Canadian women were diagnosed with breast cancer. This form of cancer is usually first identified with the detection of a breast lump or abnormal mammogram and has a 5-year survival rate of 72-100% depending on the cancer stage. Breast cancer is commonly treated through surgery, radiation therapy, chemotherapy or hormonal therapy. Doctors will also prescribe adjuvant medications, which are given in addition to a primary treatment for breast cancer. Adjuvant therapies are administered in order to help prevent the spread or reoccurrence of cancer.

The risk of reoccurrence of hormone-receptor-positive early breast cancer (the most common form of breast cancer) continues indefinitely, but the risk is significantly decreased when breast cancer patients are prescribed Tamoxifen, aromatase inhibitors, or a combination of the two. Both Tamoxifen and aromatase inhibitors work to decrease the levels of the female hormone estrogen available for binding to its receptor in the breasts. By inhibiting estrogen from binding to its receptor, there is less estrogen available for stimulating the growth of hormone-receptor-positive breast cancer cells (which can only grow in the presence of estrogen).

A new study published in the New England Journal of Medicine has reported that extending the use of adjuvant aromatase inhibitors from 5 to 10 years can significantly increase the rate of disease-free survival and the risk of cancer occurring in the other breast.

1918 postmenopausal women with previous primary breast cancer participated in the study. These women had received 4.5 to 6 years of adjuvant aromatase inhibitors, commonly followed by Tamoxifen, and were now cancer-free. The women were randomly placed into one of two groups: a group taking letrozole (an oral aromatase inhibitor), or a group taking placebo, for an additional 5 years.