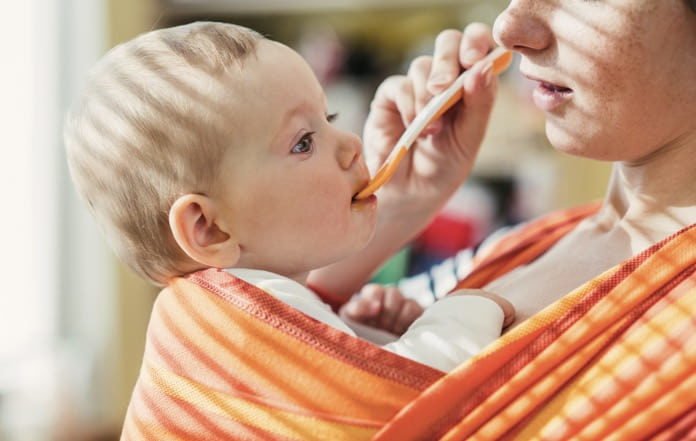 A research study compared the growth patterns of formula-fed infants whose diets were complemented with either meat or dairy sources of protein.

With current concerns about childhood obesity, there is a need for more guidance about healthy diets in early infancy. Observational studies have already shown that formula-fed infants have greater weight gain than breast-fed infants. This is thought to be partly linked to the higher protein content of cow’s milk compared to human milk. However, there is a limited amount of information about the effects of other sources of protein when complementary feeding with semi-solids and solids begins in infants, usually at around the age of five months.

Some studies on breastfed infants have suggested that meat-based complementary feeding can increase a baby’s length without increasing their risk of becoming overweight. However, it is not known if the same effects would be seen in formula-fed infants. It is also unclear whether protein from dairy sources would have different effects to meat protein sources. Researchers in the US directly compared the effects of meat- and dairy-based complementary feeding in formula-fed infants. They recently reported their findings in the American Journal of Clinical Nutrition.

The researchers recruited 64 five-month-old infants via flyers mailed out by the Colorado Department of Public Health. The researchers randomly assigned infants to receive either meat-based or dairy-based complementary feeding, in addition to standard infant formula. The meat-based feeding was with commercially available meat purees and the dairy-based feeding was with infant yogurt, cheese and powdered concentrate of whey protein. The researchers freely allowed intakes of infant formula, cereals, fruit and vegetables. The researchers visited the infants monthly to take growth measurements including length and weight. Caregivers completed three-day diet records at 5, 10 and 12 months.

The researchers concluded that protein intakes from complementary feeding in formula-fed infants can affect infant growth patterns and perhaps the risks of becoming overweight. In particular, they noted that the source of protein could be an important factor in addition to the quantity of protein intake.

Meat and dairy proteins are a common component of infant diets as they are introduced to semi-solid and solid food. This small study showed these two sources of protein may have different effects on growth patterns. However, it is unclear whether this would have any health implications for otherwise well-nourished infants. The researchers suggest that further investigation is needed to improve the limited dietary guidelines available for infants.