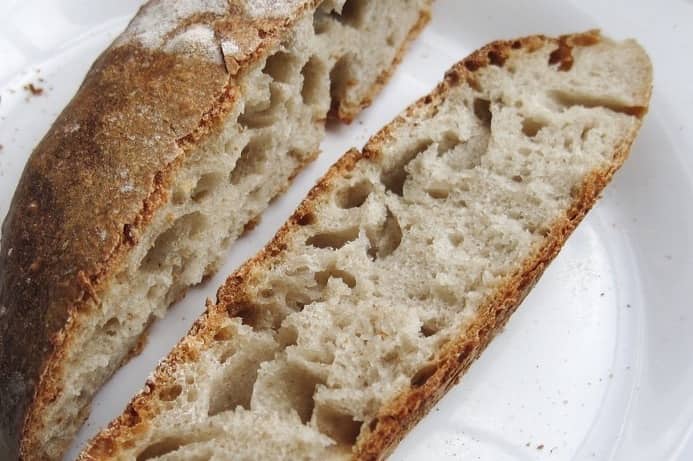 Polese and colleagues tested the immediate gastrointestinal and metabolic effects of sourdough and yeast-leavened breads on Italian participants.

Europeans consume many baked goods like bread and pastries, and consuming these foods may often lead to feelings of fullness and discomfort. Breads and pastries can be leavened in one of two ways by using either sourdough starter or baker’s yeast. With sourdough, a mixture of flour and water undergoes fermentation directly, leading to the production of different acids and alcohol than yeast fermentation. These serve to acidify dough, which helps preserve it for longer periods, and results in the formation of smaller molecules, and lowers the glycemic index of the dough. Together, these changes mean that sourdough breads and pastries are metabolized differently than yeast-leavened baked goods.

Do sourdough and yeast-leavened breads result in different feelings of discomfort?

To determine whether sourdough and yeast-leavened breads lead to different feelings of discomfort, Italian researchers Polese and colleagues conducted a new study published in the Journal of Nutrition. They recruited 17 adult participants with normal body weight and no history of metabolic or psychiatric disorders or gastrointestinal diseases. After a seven-day standardized diet, each participant was fed a meal consisting of two croissants prepared with either sourdough or yeast.

After the meal, the researchers performed MRI scans and blood tests to determine gastrointestinal symptoms and blood sugar levels. After one week, the process was repeated, with the participants receiving the other option of sourdough or yeast-based croissant. In addition to MRI and blood tests, the participants were asked about their subjective experience with gastrointestinal discomfort.