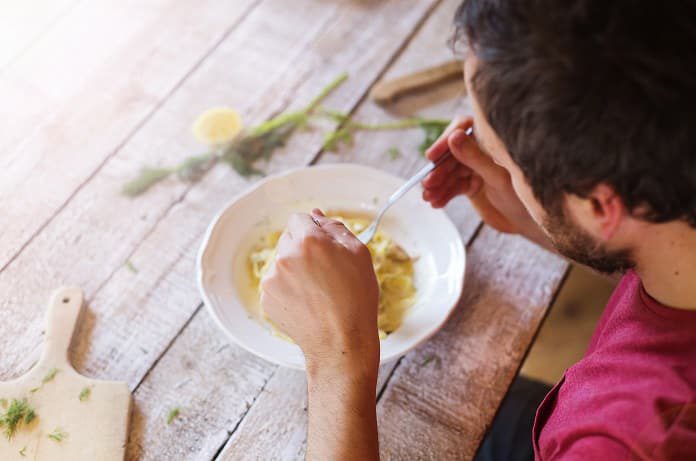 One common dietary intervention for weight loss is a high protein diet. Researchers determine the effects of protein abundance on the gut microbiome.

The foods we consume affect our intestinal health and gut microbiome. Previous studies have found that diets with a high protein composition cause the gut microbes to process protein during fermentation instead of carbohydrates, and cause a reduction in the number of bacterial groups that produce the useful compound butyrate. The products of protein fermentation include branched-chain fatty acids (BCFAs), ammonia, hydrogen sulfide, phenolic compounds, and amines whereas products of carbohydrate fermentation include short chain fatty acids (SCFAs), acetate, propionate, and butyrate.

The variety of products formed in protein fermentation have unknown effects on intestinal health. Additionally, the effects of different sources of protein may affect the intestine differently. In a study published in the Journal of Clinical Nutrition, Beaumont and colleagues used protein supplementation to determine its effect on the gut microbiome.

Researchers recruited males and females between 18 and 45 years old, with a body mass index (BMI) between 25 and 30 (classifying them as overweight), with a stable weight. Participants also had to be free of gastrointestinal diseases or any antibiotic, prebiotic or probiotic use in the most recent three months. Participants also needed to be tolerant to dietary supplements.

For two weeks, subjects consumed diets with standard amounts of protein relative to their energy needs. During the three subsequent weeks, the carbohydrate component of their diet was reduced to lower their total energy intake by 15%. In a double-blind and randomized fashion, the participants then received one of three interventions three times per day to supplement for the 15% energy reduction: soy protein, animal protein casein, or carboydrate malodextrin as a control. Researchers collected measures such as weight, blood pressure, waist circumference, samples of urine and stool as well as biopsies of the rectal mucosa.

The researchers did not find any differences in the kinds of gut microbes between groups, but the compounds each gut microbiome produced varied according to protein intake. Due to the variance in metabolites produced, researchers then examined fecal water to see their effects on the colon. The gut microbes Firmicutes and Ruminococcaceae were associated with lower cytotoxicity and Bacteroides, Proteobacteria and Lachnospira were associated with high cytotoxicity. Biopsies of the rectal mucosa also revealed that the protein-treatment groups differentially expressed genes. In both high-protein groups, gene expression relating to mucosal homeostasis was altered, but there were no differences between all three groups in inflammatory gene expression.

In all, after a three-week dietary supplementation period, subjects who consumed high protein diets experienced no effect on their gut microbiome composition, but there were changes in the metabolites produced. A noteworthy observation was that the effects of the intervention depended on the source of protein. Since there were alterations to gene expression, the authors suggest it would be beneficial to study how such a diet would affect colonic health in the gut microbiome over a long period of time.