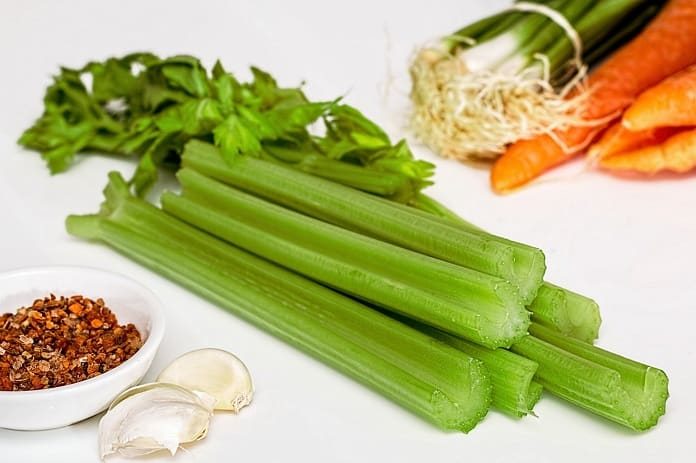 Researchers in Australia reviewed the published studies on links between dietary nitrate intake and cardiovascular health.

Much research has focused on identifying which components of vegetables are responsible for this improvement. In recent years, there has been a lot of interest in nitrate, which is present in all vegetables at varying concentrations. Dietary nitrate intake is one of the biological pathways for producing nitric oxide (NO) in the body.

NO is an important molecule for maintaining vascular health. It relaxes smooth muscle in blood vessel walls and so improves blood flow. It also inhibits the “stickiness” of some blood components and this slows the development of atherosclerosis (hardening of the arteries).

Researchers in Australia reviewed the published studies looking at the links between dietary nitrate intake and cardiovascular health. They published their findings in the American Journal of Clinical Nutrition in April 2018.

The researchers made a wide-ranging search of the medical literature to identify 37 human studies and 14 animal studies looking at the effects of dietary nitrate on cardiovascular health.

Several experimental intervention studies looked at the effects of ingesting dietary nitrate on blood pressure, artery stiffness, endothelial function (the lining of the arteries), platelet function (one of the clotting elements of the blood) and brain blood flow.

In human studies, ingesting nitrate lowered blood pressure and improved the function of the lining of the arteries. However, the researchers noted that these studies were mostly in healthy subjects and of relatively short duration. There were only a few studies in subjects with a high risk of cardiovascular disease, and the results of these are inconclusive.

Two Australian studies, conducted by the reviewers, suggested that increase nitrate ingestion reduced atherosclerosis (hardening of the arteries) and stroke in older women. The reviewers have developed a reference database of the nitrate content of vegetables to assist future population studies looking at dietary nitrate intake.

There is experimental evidence to show that dietary nitrate from vegetables can reduce blood pressure and improve vascular function in healthy subjects. However, evidence in at-risk subjects is limited. Long-term observational population studies are also needed. Further animal studies may help to clarify the mechanisms of the effects of dietary nitrate on cardiovascular health.