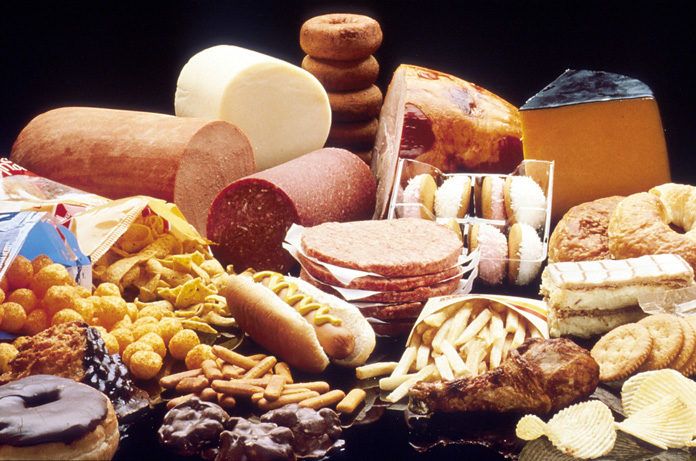 A new study suggests that obese men absorb more endotoxins that lean men when consuming highly fatty foods. Endotoxins are known to increase inflammation and infection within the body and could lead to metabolic diseases such as diabetes.

After meals, carbohydrates, proteins, and fats in our blood stream are ready to be utilized by our cells for energy production. If the amount of fat in the blood exceeds the normal range, we put ourselves in danger for cardiovascular diseases. Eventually, blood supply to organs is disrupted, which can be damaging to various physiological systems.

It was recently discovered that when lipids are absorbed into the body they carry along with them some toxic lipopolysaccharides called endotoxins that may cause inflammation. They cause harm to the body, specifically the pancreas, which leads to the development of diabetes. Researchers investigated whether there was a difference between endotoxin absorption depending on the kind of lipid being absorbed within the body. They also investigated whether the rate of absorption differed between obese and lean men.

To conduct this research, they studied eight men who were obese and eight men that were of normal weight within the same age range. These two groups of men ingested the same meal that consisted of two similariso-caloric, iso-lipidic breakfasts containing 40 g of milk fat that was emulsified or un-emulsified. The amount of lipids and endotoxins in their blood were measured 8 hours after eating. The results showed that after the men consumed the emulsified milk, there was a sharp increase in blood endotoxin levels within 60 minutes. This seemed to be due to the early absorption of lipids that promoted increased endotoxin absorption. It was at its highest level between 180 to 300 minutes after the lipids spread over the body. In lean men, there was not as much lipid absorption, which resulted in lower blood levels of endotoxins after the consumption of emulsified food.

The results add to the discussion concerning fat consumption and the occurrence of metabolic diseases such as diabetes mellitus. It remains to be seen whether these results hold true in women.Further research may explore the possibility of developing new formulations of fat that decrease endotoxin absorption and reduce the overall inflammation.