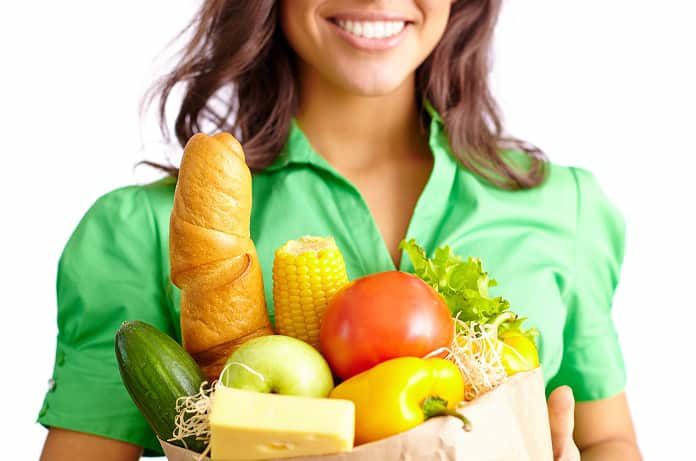 New research analyzed the relationship between diet and endometrial cancer risk and whether high fruit and vegetable intake has a protective effect.

Endometrial cancer starts in the lining of the uterus called the endometrium. It is one of the most common gynecological cancers in western countries.  It affects more than 635,000 women in the United States and is the fourth most common cancer in European women. Typically, endometrial cancer occurs in women after menopause and affects more white women than black women.

Endometrial cancer is associated with both endogenous and exogenous factors related to estrogen effects. Reproductive factors such as an early first period (menarche), later than normal menopause, never having given birth (nulliparity), and estrogen replacement therapy are some of the main risk factors for endometrial cancer. In addition, being overweight, diabetes, and polycystic ovarian syndrome may also contribute to the risk of endometrial cancer.

These risk factors are associated with a prolonged exposure of the endometrium to estrogens that can act as a carcinogen if not unopposed by an adequate amount of progesterone. Furthermore, endometrial inflammation caused by hormonal deregulation, overweight and obesity may also play a role in endometrial cancer risk.

Scientific data has provided evidence on the role of dietary factors in the incidence of endometrial cancer. However, the results of past studies have been inadequate and inconsistent.

A recent research conducted in Northern Italy examined the role of fruit and vegetable intake, consumption of a Mediterranean diet (MD), and the dietary inflammatory index (DII) in risk of endometrial cancer. The case-control study published in a recent edition of BioMed Central Cancer recruited 297 women diagnosed with endometrial cancer and two sets of controls made up of 307 women. The women were between 40 to 74 years of age and lived in the same region.

A lifestyle questionnaire and a food frequency questionnaire were used to collect information on risk factors such as the use of oral contraceptives, body mass index (BMI), physical activity, education, tobacco use, diet, and hormonal and reproductive history.

The researchers grouped the dietary habits of the women into an MD index based on their adherence to Mediterranean diet and a DII index based on the overall inflammatory effect score of food items they consumed. MD index involved eight dietary habits common to Mediterranean diets such as a high ratio of monounsaturated/saturated fat, legumes, cereals, fruits and vegetables, moderate ethanol consumption, and low consumption of meat, milk, and dairy products. Women were divided into categories low, moderate, or high depending on adherence to the number of habits.

Mechanism of Interaction of Food Components

In the present study, fruit and vegetable intake clearly showed a protective effect on the risk of endometrial cancer. The authors reinforced that vegetable intake protects against endometrial cancer by stimulating the immune system, detoxifying enzymes, activating antioxidant mechanisms, and modulating steroid hormone concentrations. They further suggested that a Mediterranean diet is rich in phytoestrogens that are plant compounds able to mimic or block the effects of estrogens, thus exerting anti-estrogenic effects.

The main strength of this study is the use of a validated questionnaire to assess exposure to risk factors and adjustment of analysis for several confounders. The study has some limitations as well which include, the case-control design leading to potential selection, information, and recall bias.

A Healthier Diet May Have a Beneficial Role

This study provides evidence for the beneficial role of fruit and vegetable intake, adherence to Mediterranean diet, and a lower DII in protecting against endometrial cancer. The findings suggest a favorable effect of a combination of food components and related biological mechanisms that strengthen the association between diet and risk of endometrial cancer. It is possible that several health benefits may be achieved by substantially increasing the consumption of vegetables, adhering to the Mediterranean diet, and a lower DII.