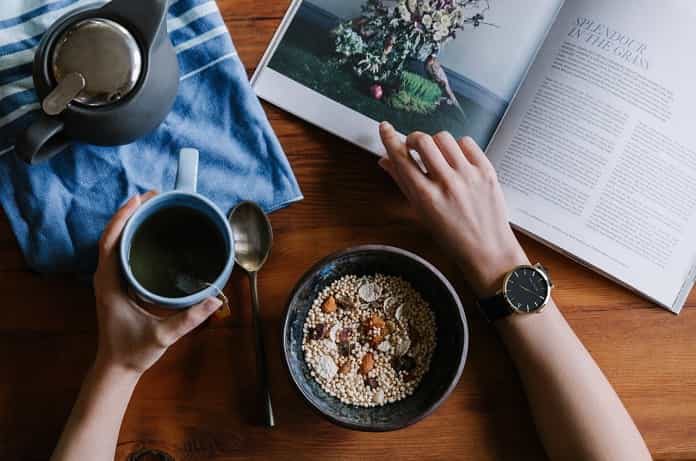 Research published in the American Journal of Clinical Nutrition by Kaczmarek and colleagues investigated the effects of diet and circadian rhythm on gut microbiota.

The gastrointestinal microbiota is the collection of microorganisms, including bacteria, which reside within the gut. Previous research has suggested that diet and circadian rhythm, prebiotic consumption, and environmental factors such as light and food have an effect on gut microbiota. Research has also shown that modulating the human gut microbiota can have health consequences and potentially be used as a novel target for future therapeutic strategies.

The circadian rhythm is an internal biological clock that allows for biological processes to oscillate over a 24-hour period. For instance, the expression of a protein may oscillate over the course of a day. A recent study by Kaczmarek and colleagues, published in the American Journal of Clinical Nutrition, investigated the effects of the circadian rhythm (time of day) and behaviour (time of eating) on the gut microbiota. Their study was a secondary analysis of data obtained from 28 control subjects of a larger study. The analysis included 77 fecal samples, collected between 7:32 a.m. and 10:00 p.m., from the control participants to assess gut microbiota. Additionally, dietary recordings collected over a seven-day period were included in the analysis.

Kaczmarek and colleagues found a significant relationship between the time of day and the abundance of certain bacteria in the microbiota. Furthermore, time of day was associated with different bacterial metabolites. They also found that eating frequency was significantly associated with the abundance of specific bacteria, whereas no relationship was observed with bacterial metabolites and eating frequency. Finally, they used a statistical model to assess the effect of both eating frequency and time of day on the gut microbiota. Using this model, the previous trends remained and new relations emerged, with only minor exceptions.

The study by Kaczmarek showed that gut microbiota changes over the course of the day and can be modulated by eating behaviours. For instance, in agreement with previous observational studies, they found that bacterial fermentation products decreased over the course of the day. Interestingly, however, the microbes that changed with eating behaviours were different from those identified in previous studies conducted using horses. The differences may be due to the inherent differences between horses and humans but will require further investigation.

It is important to note that the current study was a secondary data analysis and relied on self-reported dietary records for behavioural factors. Moving forward, more thorough studies are necessary to establish causality. Finally, the study only addressed half of the circadian cycle, and therefore a more comprehensive study is necessary to better understand the changes that occur in the gut microbiota over the course of a twenty-four-hour day.

The results indicate that the microbiota of the human digestive tract fluctuates throughout the day.  This could be due to the circadian rhythm of the body, the biology of the bacteria itself, or human eating behaviours. More long-term studies and intervention studies will be required to fully understand the relationship between diet and circadian rhythm.