Home Medicine Drugs Diclofenac should not be available over the counter, researchers warn 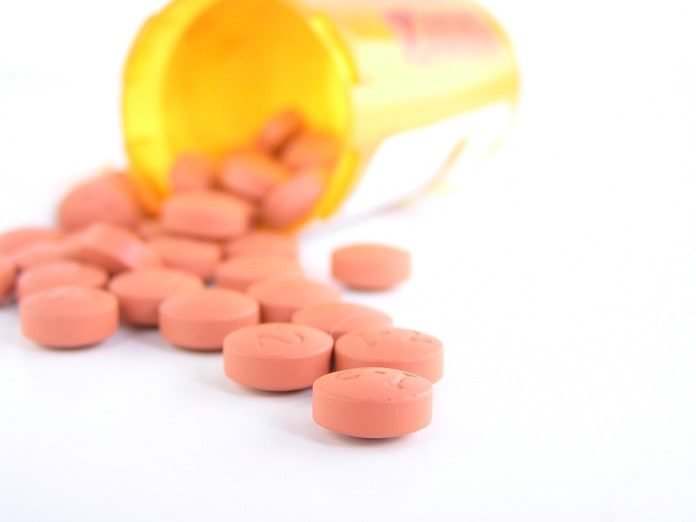 Anti-inflammatory drugs are a quick and accessible remedy for pain relief, yet they can be associated with life-threatening risks. A large-scale study in Denmark examined the cardiovascular risks of taking diclofenac (Voltaren) compared to other anti-inflammatories.

Diclofenac is one of the most commonly prescribed non-steroidal anti-inflammatory drug (NSAIDs). It is also available over the counter as Voltaren and, like other NSAIDs, is used to reduce pain and decrease inflammation. In the past, anti-inflammatory drugs such as rofecoxib have been removed from the market due to concerns over increased risks for heart attack and stroke. These risk factors prompted researchers in Denmark to examine the cardiovascular risks of diclofenac in comparison to other NSAIDs. Their work was published in the BMJ.

Using data from Danish population-based health registries, the researchers emulated a clinical cohort study. Adults with low risk for chronic diseases at the start of the study were included in the trial. These were patients who sought medical attention at hospitals or clinics and were prescribed diclofenac, ibuprofen, naproxen, or paracetamol between the years of 1996 and 2016. Patients who sought medical attention but were not prescribed anti-inflammatories were also included for comparison.

In total, the researchers analyzed data from over 7 million patients. The main outcome measured was the incidence of adverse cardiovascular events within 30 days of beginning therapy. These events included episodes of irregular heartbeat, stroke, congestive heart failure, and heart attacks.

Diclofenac may increase the risk of adverse cardiovascular events by 50%

Authors recommend diclofenac use by prescription only

Due to these findings, the study authors make several recommendations to limit the usage of diclofenac by restricting its usage on a prescription basis only. They suggest that awareness of its cardiovascular health risks should be increased via front packaging warnings and that other, safer NSAIDs should be used prior to initiating therapy with diclofenac. These recommendations carry over to clinical research as well since diclofenac is often used as a reference drug in safety trials. The researchers suggest low dose ibuprofen as an alternative control drug for future trials.