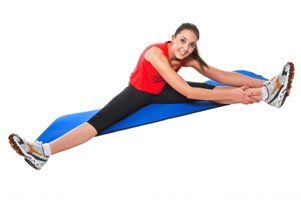 To coincide with the 74th scientific sessions of the American Diabetes Association, the Lancet has released a series on diabetes. As part of the series, a report on a 23 year diabetes prevention study has been published; its results indicate that lifestyle intervention can have long-term clinical benefits for diabetes prevention.

Diabetes is increasing in prevalence at an alarming rate worldwide, due mostly to changes in food production, increased availability of processed foods, and a highly sedentary lifestyle. The result is an increase in the prevalence of diabetes to approximately 382 million people worldwide; it is predicted to reach 600 million by 2035.

It is clear that diabetes has become epidemic and key to the fight against type 2 diabetes is prevention. Underlying the diabetes epidemic is the increasing rate of obesity. In order to prevent diabetes, obesity must be addressed and prevented. It has been suggested that the changes are required society-wide if there is going to be success at curbing the rise in the rate of obesity and diabetes.

Prevention of diabetes extends to both dietary and lifestyle factors; eating a balanced diet, and increasing physical activity, in order to promote overall health. While it has been previously shown that the incidence of diabetes can be prevented by lifestyle modifications, it has not been clear whether these interventions have an effect on overall mortality.

The study was the first to demonstrate that lifestyle modifications in participants who had impaired glucose tolerance can reduce cardiovascular and all-cause mortality. One of the strengths of this study was the length of follow up, allowing researchers to see the long-term effects of the intervention. The results of the diabetes prevention study demonstrate that lifestyle modifications in those with impaired glucose tolerance can have a great impact on the onset of diabetes and mortality. These results highlight the benefits of lifestyle intervention, providing support for public health policies, and programs that aim to control the increasing prevalence of diabetes.