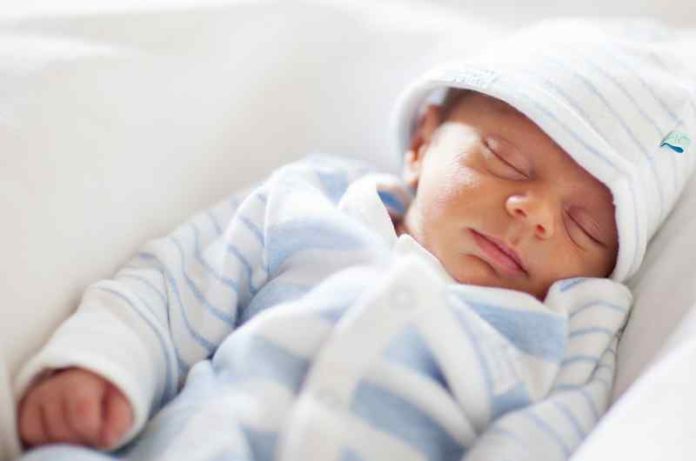 Low blood sugar can lead to brain and nerve damage in newborns. A 2016 trial sought to determine an effective dose of orally administered dextrose gel for preventing low blood sugar in at-risk newborns.

Low blood sugar can have detrimental effects in newborns, including brain damage and developmental delays. At present, early and frequent feeding with breast milk or formula are the only measures available to prevent low blood sugar from developing. However, for babies of abnormal birth weight, born pre- or post-term, born to diabetic mothers, or whose deliveries faced complications, feeding is not always sufficient. Oral gels made from dextrose (a form of sugar) have been shown to be effective at treating low blood sugar in newborns. As such, they may also provide an effective form of low blood sugar prevention for at-risk newborns.

A 2016 New Zealand study published in PLOS Medicine sought to determine the effectiveness of dextrose gel for preventing low blood sugar in at-risk newborns. In total, 415 infants born to diabetic mothers, with a low (below the 10th percentile or between 2.2 and 2.5kg) or high (above the 90th percentile or greater than 4.5kg) birth weight, born late pre-term (at 35 or 36 weeks), or having other relevant birth complications were included in the study between August 3, 2013, and November 13, 2014, provided they were less than an hour old, their admission to a neonatal intensive care unit (NICU) was not required, and their mothers intended to breastfeed.

Two-thirds of infants were randomly assigned to receive one of four treatment regimens of 40% dextrose: one 0.5 mL/kg dose, the standard dose of dextrose used to treat low blood sugar (low single treatment); one 1.0 mL/kg dose (high single treatment); four 0.5 mL/kg doses (low multi-treatment); or a 1 mL/kg dose followed by three 0.5 mL/kg doses (high multi-treatment). The remaining third were randomly assigned to receive the corresponding low single, high single, low multi-, and high multi-placebo regimens. Randomization was conducted with respect to location and primary risk factor; i.e., in each of the two participating hospitals newborns were grouped by maternal diabetes, preterm birth, small birth weight, large birth weight, and having other complications, and then randomly assigned to a treatment or placebo group. Dextrose and placebo gels were administered on the inside of infants’ cheeks at 1 hour after birth, before the first breastfeeding. For regimens with multiple doses, follow-up doses were administered before each subsequent breastfeeding at 3-hour intervals within the first 12 hours. Formula was provided at the discretion of parents and physicians. 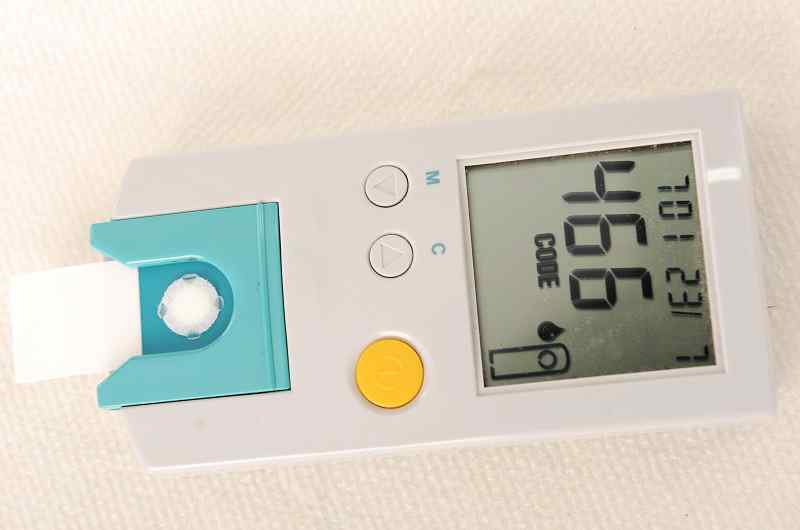 Blood sugar was measured by drawing blood at 2 hours and twice more within the first 12 hours or through the use of a continuous blood sugar monitor attached to the thigh for 48 hours. Parents were interviewed about their children’s health and feeding method at 3 days and again at 6 weeks after birth. A blood sugar concentration of less than 2.6 mM in the first 48 hours was considered low and greater than 10 mM was considered high. Whether a child spent more than 4 hours in an NICU for – or for reasons other than – low blood sugar, whether breastfeeding continued after leaving the hospital, and whether formula was started during their stay in the hospital or within 6 weeks of birth were taken into account.

The median birth weight was 3.2 kg. In total, 301 (73%) were born to diabetic mothers, and 199 (48%) were born by caesarean section. The median gestational age at birth was 38 weeks. Overall, 186 (45%) developed low blood sugar within the first 48 hours, with a median timeframe of 2.3 hours. Rates were similar with respect to primary risk factors. Low blood sugar after 48 hours occurred in 14 babies (3.4%) with similar rates across groups. Thirty-two (8%) were admitted to an NICU, of which 23 were admitted because of low blood sugar. Rates of NICU admission did not differ significantly between groups. Two hundred and thirty-two (56%) were fed formula at some point during their stay at the hospital – 93 (40%) to raise blood sugar levels and 73 (31%) based on maternal preference. Upon hospital discharge 279 (69%) consumed breast milk exclusively (from breastfeeding directly or from expressed milk), with similar rates across groups at 3 days and at 6 weeks. Twenty-one (8%) in the dextrose group and 9 (7%) in the placebo group did not receive the correct amount allotted due to missed doses, the application of an incorrect volume, or withdrawal from the trial. Twenty-four (6%) in the dextrose group and 17 (6%) in the placebo group withdrew from the trial due to parental objections about blood sampling or upon physician recommendation; those randomized to receive multiple doses of dextrose or placebo were more likely to be withdrawn. Of the 88 who were allotted to multi-dextrose groups and developed low blood sugar, 56 (64%) did so before completing their regimen. One hundred nine (26%) infants required supplementary dextrose either orally or intravenously.

Overall, the study found that of the regimens tested, a single dose of 0.5mL/kg of 40% dextrose gel was the most effective at preventing low blood sugar within the first 48 hours, benefiting 1 in 10 at-risk infants. Further, higher doses did not appear to offer enhanced protection. A large proportion of infants in this study (73%) were born to diabetic mothers, and as such the results may not adequately reflect the effect of dextrose gel on at-risk infants with other primary risk factors. Similarly, 56% were formula-fed before hospital discharge, in part because diabetes and caesarean section delivery are both associated with a delay in the start of lactation. As dextrose is relatively inexpensive, well-tolerated by newborns, and easy to administer, further research into its protective effects may provide parents and physicians with additional avenues of prevention from low blood sugar for at-risk infants.