Home Uncategorized Development of Healthy Gut Bacteria in Infants Is Driven by Diet, Not... 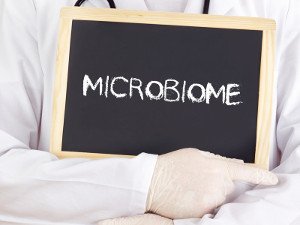 New research suggests a link between dietary choices for infants, development of digestive bacteria, and obesity.

Statistics show that children of obese parents have a higher risk of developing obesity. Although genetic factors play a role in this tendency, dietary habits within the family also have a significant influence.

One aspect of diet that may be related to obesity is the effect that different foods have on the types and variety of digestive bacteria (microbiota) that develop in the gut. This relationship has been established by several studies. Research also shows that infancy and early childhood are periods of life during which microbiota development is particularly affected by dietary influences. Scientists have therefore been interested in understanding whether the higher incidence of obesity among children of obese parents may relate to differences in gut bacteria resulting from different dietary choices made early in life.

In a recent study, Danish scientists examined the microbiota of children born to obese versus non-obese mothers. The study looked at the length of time that the children had been exclusively or partially breast-fed, and also at the types of foods that the children in each group were given as they transitioned to a solid food diet.

Results of the study indicate that maternal obesity itself does not influence the development of gut bacteria in infants and young children. However, the foods that the child is fed appear to be a major determinants. This was the case regardless of whether the child was born to an obese or non-obese mother. In both cases, the diversity and composition of the child’s microbiota was significantly affected by the types of food that the child was fed as he/she transitioned to eating solid food and sharing the family diet. The duration of breast-feeding also appeared to encourage greater bacterial diversity during infancy, although the effects appeared to be less distinguishable by the age of 18 months, suggesting again, that diet was the dominant influence among the factors studied.

In particular, introduction of family foods with high protein and fiber content, specifically meats, cheeses, and Danish rye bread, which is rich in protein and fiber, were associated with a greater diversity of digestive bacteria.