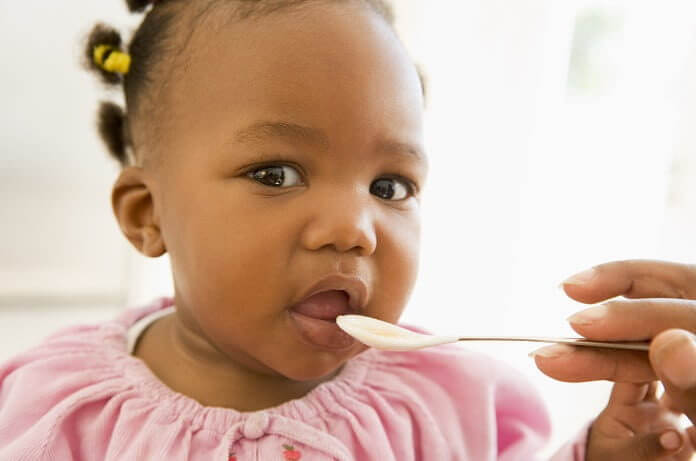 An ongoing study conducted in Norway seeks to target childhood obesity by creating healthy eating habits while the child is being weaned.

Childhood obesity is a global issue and negatively affects the child’s physical and mental wellbeing. The prevalence of energy-rich but nutrient-deficient foods makes it important to instill healthy eating habits in children at an early age. Developing healthy eating habits early in life can have a positive long-term effect on weight and general health. Interventions should target parents, as they make the decisions on what the child eats. Providing education to parents helps them make better-informed decisions. The article notes barriers to developing healthy eating habits in children. These include using food as an emotional crutch (to reward or pacify the child), and feeding practices that prevent the infant from using their innate hunger and satiety signals.

The protocol for this randomized controlled study, conducted in Norway was published in the journal BMC Public Health. Participants were recruited over a four-month period in 2016. Mothers and fathers were eligible for the study, if their child was between the ages of three and five months, and born at term with a birth weight of at least 5.5 pounds. The parents had to be responsible for feeding the child and fluent in Norwegian. Although children as young as three months were eligible for enrollment, they began participating when they were at least five months of age. Selected parents were randomly placed in either the intervention group (316 participants) or the control group (358 participants), by a computer-generated list. The study is currently in progress.

Participants in the intervention group receive monthly guidance on when, what, and how to feed the child based on age. The information is relayed to the parents via the internet and includes recipes and cooking tutorials to help make baby food at home easily. The control group will only receive care from child health centres. Primary outcomes to be measured include food intake and variance, the child’s eating habits, feeding style, feeding practice, parenting style, child’s body mass index, and child’s weight. The outcomes will be measured at 12 months and possibly at 24 and 48 months.

The goal of this research is to create an easy to use, cost-effective health intervention that is easily accessible by the general population. With this objective in mind, the Early Food for Future Health initiative was created to be used by parents and public health nurses as an additional guidance of feeding practices. Promoting healthy eating habits in children at this age could play a role in preventing childhood and adolescent obesity.