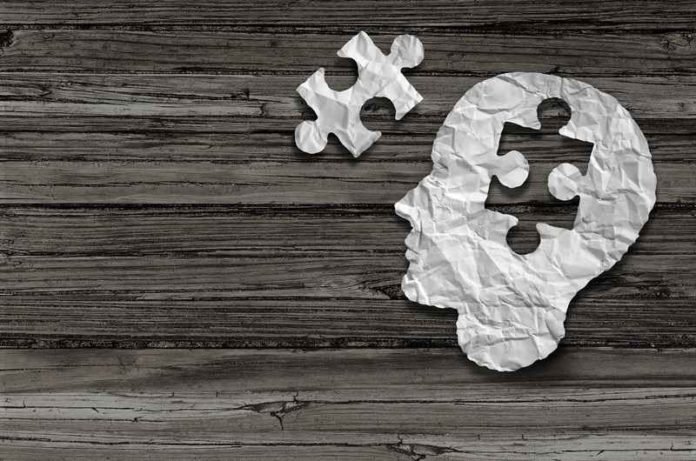 Amyloids are protein fragments that can accumulate and lead to diseases such as Alzheimer’s and Parkinson’s. Researchers found that a protein generally not associated with amyloid disease could be induced to form fragments by specific self-derived peptides.

The build-up of protein fragments called amyloids contributes to a number of human diseases, including Alzheimer’s, Parkinson’s and type II diabetes. In healthy humans, amyloids generally have lost their protein function and are broken down. In cases of disease however, amyloids aggregate and form clumps, or fibrils, that can disrupt the healthy function of nearby structures and organs. It remains to be seen what exactly determines amyloid toxicity, or the tendency of amyloids to aggregate rather than be eliminated from the body.

In a new study published in Science, Gallardo et al. investigated if a protein with known amyloidogenic potential, which does not aggregate normally, could be induced to with an amyloidogenic fragment of itself. The rationale behind this is that studies have shown that this potential in vitro and in vivo aggregation is more pronounced within similar peptides. The vascular endothelial growth factor receptor 2 (VEGFR2) was used because we have good knowledge of the peptide, and a synthetic peptide termed “vascin” was used that consists of a repeated amyloidogenic sequence from VEGFR2. The vascin peptide was tested in mice models in environments with VEGFR2 and without.

The research group of Gallardo et al. demonstrate how amyloid toxicity is highly dependent on the biological environment of the cell. In this case, cells had to be dependent on VEGFR2 function for vascin to have toxic function. The ability to induce aggregation in a normally nontoxic peptide indicates that most proteins can be induced to aggregate given the right peptide fragment and biological circumstances. Future studies should focus on clarifying what specific aspects of amyloids lend themselves to aggregation.