Home Medicine Mental Health Are depression or anxiety associated with cannabis use in teens? 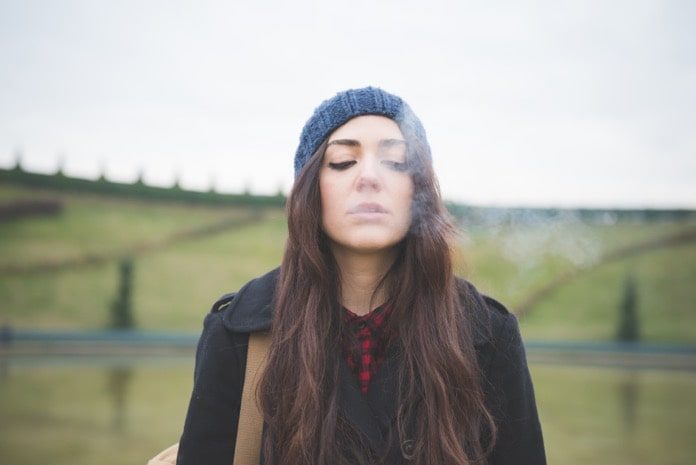 A recent study in Addicted Behaviours determined whether mental health issues are associated with cannabis use by teenagers in Canada.

Nearly one in four Canadian youth between 15 and 17 years of age have consumed cannabis at least once in their life, making it one of the widely used illicit drugs consumed by young Canadians. The legalization of cannabis by the Canadian government has led to concerns about how this will be affecting adolescent cannabis use. While the minimum legal age of using cannabis is 18 years, there are concerns regarding the decrease in people’s beliefs of its risks and harms.

Research on recreational cannabis use is extremely minimal compared to the already limited research available on medicinal use.  The negative repercussions of cannabis use are clear, however, there are increased risks regarding its use in adolescents. For one, the brain is still in its developmental stages in adolescence and is easily susceptible to cannabis use. Smoking marijuana can affect teenagers’ cognitive development. As such, there is a need to examine how youth cannabis use and mental health are connected.

A recent study called COMPASS sought to determine whether mental health issues such as depression and anxiety are associated with cannabis use among teenagers. They collected data from students in grade 9s to 12 across participating secondary schools in British Columbia and Ontario in Canada. The results of the study were published in the Addictive Behaviours journal. The study collected data from a total of 6550 students. This allowed for a diverse population across various jurisdictions for data collection and comparison.

The study used self-reported measures to determine outcomes and health behaviours.  Cannabis use was coded as “never” if they had never used it, and all other responses were coded as “ever users” They also determined whether students used cannabis less than once a month, between one and three times a month, weekly, habitually, or daily.

They found that males tend to use cannabis more often, reporting use as weekly, habitually, or daily. Females were more likely to report use as sporadic and monthly. However, females were more apt to report mental health issues such as depression, anxiety, and lower flourishing levels.

The study limitations do need to be considered.  The fact that it is a cross-sectional study means findings cannot be inferred. There may be an issue of social desirability and recall bias as all measures are self-reported by the participants.

The new finding of the study is that an individual’s mental well-being appears to be associated with a lower likelihood of using cannabis. Further, an individual with high “flourishing” scores, which is an indicator for mental wellbeing, is associated with a lower likelihood of cannabis use, despite any existing conditions of anxiety or depression.  The implication of the study is that it is important to focus efforts toward better well-being and resilience among teenagers to reduce substance use.