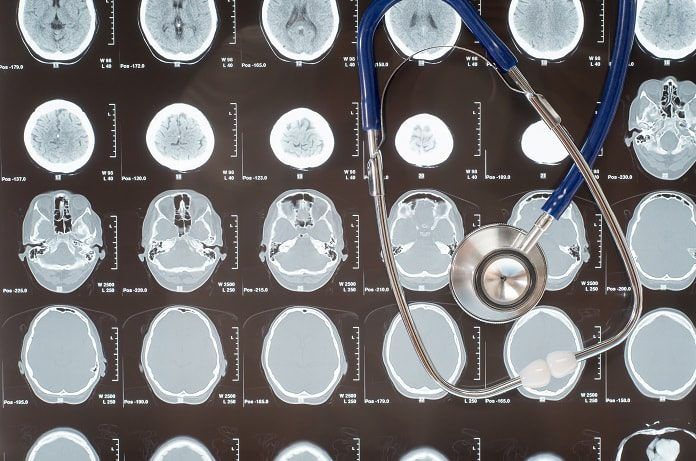 Deep brain stimulation (DBS) was developed in 1987 as a neurosurgical procedure for the treatment of movement and neuropsychiatric disorders. DBS involves the implantation of a medical device called a neurostimulator in the brain in order to send impulses to specific regions of the brain. DBS of the thalamus, a complex brain area implicated in movement disorders, has become a well-established therapy for Parkinson’s disease patients with tremor. However, the use of DBS to treat multiple sclerosis tremors has not provided such clear-cut results. A specific nucleus of the thalamus called the ventral intermediate nucleus (VIM) has proven most effective for the treatment of tremor associated with Parkinson’s disease. While initially successful in multiple sclerosis tremors, one study found that over weeks or months, tremors returned and sometimes worsened. Oliveria and colleagues wanted to see if DBS of the VIM and another thalamic nucleus called the ventralisoralis (VO) could safely and effectively treat severe, drug-resistant multiple sclerosis tremors.

The authors performed a randomized pilot trial at the University of Florida Center for Movement Disorders and Neurorestoration clinic and published their results in Lancet Neurology. Twelve adult patients with a clinical diagnosis of multiple sclerosis were recruited for the study. Patients received continuous DBS of either the VIM or VO for 3 months. Tremors were then assessed using the Tolosa-Fahn-Marin Tremor Rating Scale (TRS) at the end of the 3 months. Next, all patients received continuous DBS of both the VIM and VO for another 3 months. At the 6 month follow-up, TRS scores were measured. The researchers observed the change in average TRS total score at the end of the 6 months compared with average TRS scores before DBS. They found that the average TRS score decreased significantly from baseline to the 6-month follow-up, suggesting that DBS of both thalamic nuclei (VIM and VO) may provide a safe and effective treatment for multiple sclerosis tremors. The authors also state that, as this was a pilot study, larger studies are needed to assess the applicability of this treatment for multiple sclerosis and other disorders involving tremor.