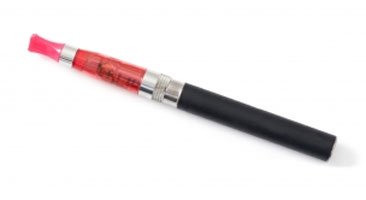 Despite the controversy surrounding their use, e-cigarettes have continued to grow in popularity. Their lack of regulation, coupled with a limited number of clinical studies, has many concerned about their effect on users, and the impact their use may have on decades of anti-smoking campaigns. Despite this, the use of e-cigarettes has doubled since 2010, with proponents of the device arguing their potential benefit as an alternative to traditional quitting aids.

Designed as an alternative to cigarettes, e-cigarettes are battery operated, and work by vaporizing nicotine so that it can be inhaled. There are two opposing sides to the e-cigarette controversy. The first group suggests that e-cigarettes are an alternative for people who have unsuccessfully attempted to quit smoking. E-cigarettes can be used as a reduce-to-quit strategy similar to other nicotine products such as patches or gum. Aside from complete abstinence from smoking, there is a new push for ‘harm reduction’, where a non-combustible nicotine replacement is used in an attempt to reduce the harm by eliminating the toxic effects of nicotine combustion. Research now shows that the estimated combustible tobacco-related deaths are up to 98%. Proponents of the e-cigarette are therefore in support of its use as a harm reduction strategy, even if cessation is not achieved. Therein lies both the allure and the danger of the e-cigarette. While it is possible to completely wipe out the combustion of tobacco and its related health issues, it has the potential to result in the acceptance of a product that is still a harmful and addictive drug.

The other side of the debate is concerned with the potential for e-cigarettes to reverse decades of public health campaigns that have de-normalized smoking. Another key concern is the fear of e-cigarettes being a ‘starter product’ that will result in increased nicotine addiction in young people. Celebrity endorsements, a variety of flavors, and bright colors have sparked fears that youth are being targeted by the manufacturers, and the experimental use of e-cigarettes amongst teenagers has doubled from 1.1% to 2.2% in 2011-2012. It is for these reasons that tight regulations should be imposed on e-cigarette marketing, sales and use. E-cigarettes are currently not regulated as a drug (nicotine) but as a tobacco product. The proposed avenues of regulation are taxation, indoor air and public restrictions, practitioners, and public health authorities. Workplace smoking bans on e-cigarettes are already in place in Boston, while New York City and Los Angelis plan to prohibit their public use.

Not only is there a need for tight regulation of e-cigarettes, but there is very little research providing answers about the potential benefits of e-cigarettes as a quitting aid, or the potential harms caused by second hand emissions. The emerging data are showing that e-cigarettes are just as effective as nicotine patches when assessing the ability of smokers to quit. However, there is also evidence that e-cigarettes are not free from harmful emissions, posing a risk not only to users, but also to second hand smokers. These findings highlight the need for further clinical studies. Some of the questions that remain to be answered are: the degree of harm reduction as an alternative to the cigarette, cessation efficacy compared with current quitting aids, and the toxic effects of the e-cigarette on both the smoker and the bystander.

Currently, there are seven clinical trials which are registered to investigate e-cigarettes. Of these trials, five are assessing the e-cigarette as an aid to smoking cessation, while only two are safety and efficacy studies. Further study will illuminate the potential advantages and dangers posed by the e-cigarette and provide a basis for public health standards and regulation.

ABOUT US
Medical News Bulletin is run by a not-for-profit organization Medinfology and committed to providing our readers with the most up-to-date, high-quality medical and research news.
Contact us: [email protected]calnewsbulletin.com
FOLLOW US
© Medical News Bulletin, 2015 - 2020. All rights reserved.
MORE STORIES