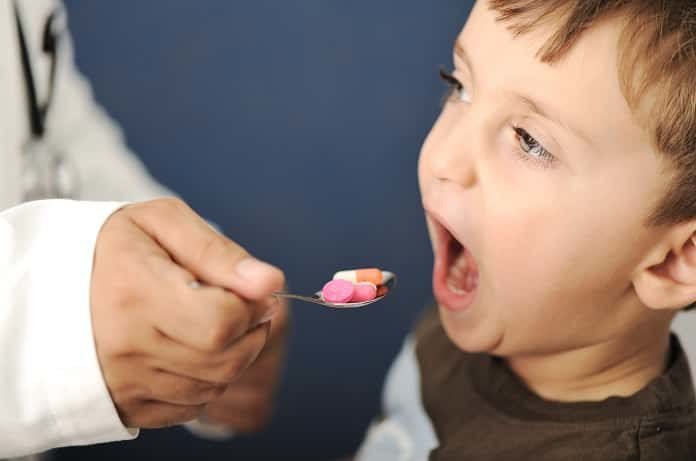 The combination drug, Genvoya (a combination of elvitegravir, cobicistat, emtricitabine, and tenofovir alafenamide), is a once-daily tablet approved for treatment of HIV in patients over 12 years of age. Currently, there is no approved once-daily treatment for children under 12 with HIV. The safety and efficacy of Genvoya were demonstrated in virologically suppressed children with HIV.

In a recent study published in the Lancet, Eva Natukunda, from the Joint Clinical Research Centre in Kampala, Uganda, and colleagues studied the pharmacokinetics, safety, and efficacy of Genvoya in children under the age of 12. The inclusion criteria of the study included children between 6 and 11 years old weighing at least 25 kilograms. Virological suppression was defined as less than 50 copies of HIV-1 RNA per milliliter of plasma on a stable treatment regimen for at least 6 months. Participants were also required to have a CD4 count greater than 100 cells per microlitre and no history of resistance to the following antiretrovirals: elvitegravir, emtricitabine, tenofovir alafenamide, or tenofovir.

Tenofovir exists in two prodrug formulations: tenofovir disoproxil fumarate and tenofovir alafenamide. Tenofovir disoproxil fumarate achieves higher circulating plasma levels, which can lead to bone and renal toxicity.  Since the enrolled children were given the adult formulation of Genvoya, they would be exposed to a higher dose of tenofovir alafenamide. Therefore, tenofovir exposures are the most relevant parameters when assessing the safety of Genvoya in children with HIV.

Throughout the 24-week study, no participants dropped out due to adverse reactions. Only 2 of the 23 children enrolled reported issues with the palatability of the tablet; nevertheless, both participants continued the treatment. The most common adverse reactions reported were abdominal pain and vomiting. Several patients had grade 3 laboratory abnormalities without any adverse reactions. Eventually, throughout the treatment period, all laboratory results normalized or returned to baseline. Despite the increased exposure in children to tenofovir in the adult formulation of Genvoya, there appears to be little or no adverse effects on bone mineralization and glomerular filtration rate after 24 weeks of treatment.  Overall, the adverse events reported were mild or moderate in severity.

The exposures of each drug were higher than those in adults as assessed by measuring the area under the plasma concentration versus time curve. These increases were considered to be acceptable. All of the children with HIV maintained virological suppression at week 24.