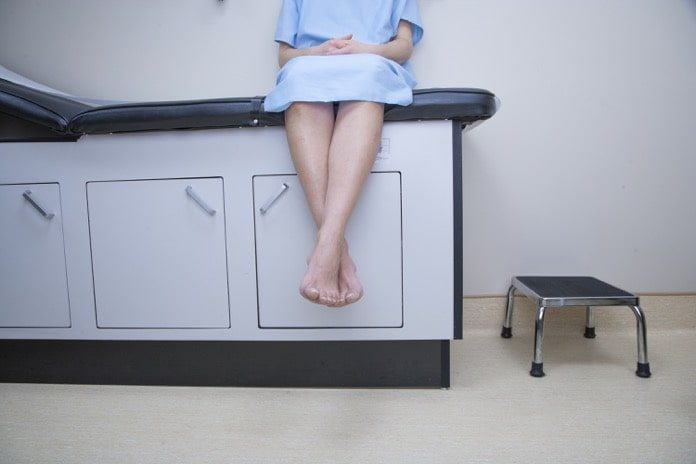 Researchers at the Mayo Clinic investigated rates of cervical cancer screening in a sample population of US women.

Cervical cancer is cancer found at the cervix, which is the neck of the womb, connecting the uterus with the vagina. Worldwide, it is the fourth most common cancer in women. In countries where cervical cancer screening programs have been introduced, deaths from cervical cancer have dropped dramatically.

The Pap screening test, developed in the 1950s, involves collecting cell samples from the cervix during a gynecological examination. The cell samples are sent to a specialist laboratory and examined under a microscope to look for cancerous changes. A newer screening test, the HPV test, detects the presence of high-risk types of human papillomavirus that increase the risk of cervical cancer. The HPV test can be done on the same cell sample as the Pap test, or on a second sample taken at the same time. The Pap and HPV screening tests are helpful in different age groups of women.

The 2012 US National Cervical Cancer Screening Guidelines recommended Pap testing every three years in women aged 21-65 years, or Pap-HPV co-testing every five years in women aged 30-65 years. Researchers at the Mayo clinic assessed the trends and current rates of uptake of cervical cancer screening in a sample population of US women. They recently reported their findings in the Journal of Women’s Health.

The researchers used data collected from the Rochester Epidemiology Project to look at rates of Pap and Pap-HPV co-testing in women aged 16 years and over, living in Olmsted County, Minnesota, between 2005-2016, a study population of over 47,000 women. In 2016, 64.6% of eligible 30-65-year-old women were up-to-date with cervical cancer screening; 60.8% had received Pap-HPV co-testing. There were significant declines in Pap screening rates over time, as Pap-HPV co-testing increased. However, a decline in Pap screening was also unexpectedly seen in the younger 21-29-year-old age group, with just over half of these women up-to-date on screening tests in 2016. These screening rates are well below the 81% self-reported compliance rate in the 2015 National Health Interview Survey.

In addition, there were also inequalities in screening rates depending on race and ethnicity. In 2016, African-American women were 50% less likely, and Asian women nearly 30% less likely to be up-to-date on cervical cancer screening than white women.

Although the study showed that the 2012 screening test recommendations have been increasingly adopted, the researchers were concerned by the declining screening rates, particularly in younger women, and the racial inequalities.

“These cervical cancer screening rates are unacceptably low,” commented Dr. Kathy Maclaughlin, the lead author. “We, as clinicians, must start thinking outside the box on how best to reach these women and ensure they are receiving these effective and potentially life-saving screening tests,” she said. Suggestions include offering screening at evenings or weekends, offering tests at urgent care clinics, or exploring the option of at-home testing kits.