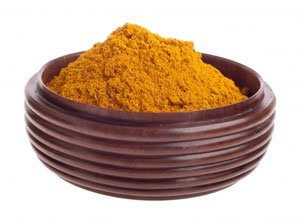 Curcumin, a component of turmeric, has been shown to have anti-oxidant, anti-inflammatory, and anti-microbial effects, and is currently in clinical trials for various medical conditions ranging from cancer to bipolar disorder.

Curcumin is a component of the herb curcuma longa (turmeric). It is commonly used in Indian cuisine; however, it has a history of traditional medicinal use in both India and China. Ancient uses of curcumin include use for wounds, burns, eye infection, digestive dysfunctions, and skin diseases.

More recently, curcumin has been studied for use in the treatment of a variety of diseases such as cancer, Alzheimer’s disease, arthritis, and psoriasis. A review article published in the journal Current Pharmaceutical Design summarizes the scientific research on curcumin. The article describes in depth the various activities of curcumin at a cellular level:

Investigation of curcumin in clinical trials has revealed a low toxicity, even with doses of up to 8000mg per day for three months. While curcumin appears safe, with no toxicity, some minor gastrointestinal side effects have been noted. With doses greater than 3000mg, curcumin can be detected in plasma and urine. However, a limitation to the use of curcumin is its relatively low bioavailability. Because of this, some studies are now focused on methods of administering curcumin that allow greater concentrations to enter into circulation.

Clinical trials currently recruiting for use of curcumin in various diseases are described below.

Image courtesy of artur84 at FreeDigitalPhotos.net