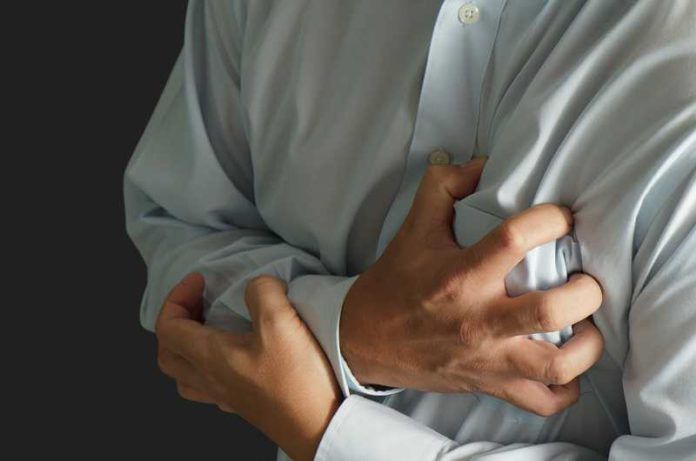 In a 2017 study, researchers investigated the effect of CT coronary angiography (CTCA) on symptoms and quality of life in patients with chest pain suspected to be caused by coronary heart disease. It was found that compared to standard care alone, CTCA reduced improvements in chest pain symptoms.

Previous study has revealed that the use of CT coronary angiography (CTCA) – a technique used to visualize the coronary arteries, the vessels which supply blood to the heart– in addition to standard care makes it easier to diagnose chest pain due to coronary heart disease (CHD), the buildup of plaque within the coronary arteries. Patients with chest pain who underwent CTCA were more likely to receive appropriate treatment and less likely to suffer heart attacks. The effect of CTCA on the symptoms and prognosis of patients with chest pain of undetermined origin, however, is unknown.

In a 2017 study published in the journal Heart, researchers investigated the effect of CTCA on symptoms and quality of life in patients with unspecified chest pain. Patients with chest pain suspected to be due to CHD, aged 18-75, were recruited for the study. Participants were assigned to receive either standard care or standard care and CTCA. For the CTCA group, scans were classified as either normal (<10% reduction in coronary artery diameter), mild CHD (10-50%), moderate nonobstructive CHD (50-70%, having no blockage), or obstructive CHD (≥70% or >50% in the left coronary artery, having a blockage). Chest pain symptom severity was assessed by a questionnaire administered at the start of the study and again at 6 weeks and 6 months. In addition, the questionnaire assessed the five following clinical domains; physical limitation, the condition’s stability, the frequency of painful episodes, treatment satisfaction, and quality of life on scales from 0-100, with 100 representing a greatly favourable outcome.

In total, 4,146 patients were recruited, of which 1,432 (34.5%) were diagnosed with chest pain due to CHD after 6 weeks. Questionnaires were completed by 4,142 (99.9%) at the beginning of the study, by 3,427 (82.7%) at 6 weeks, and by 3,035 (73.2%) at 6 months. Of those assigned to the CTCA group, 84.7% at 6 weeks and 75.3% at 6 months completed the questionnaire, compared to 80.7% and 71.1% assigned to the standard care group. There were no significant changes in questionnaire-assessed symptoms or quality of life at 6 weeks overall. However, the CTCA group had a higher proportion of patients who saw significant improvements in their condition’s stability by 6 weeks and reductions in the frequency of episodes by 6 months.

The study findings suggest that overall, compared to standard care alone, CTCA reduces improvements in chest pain symptoms in patients with chest pain suspected to be due to coronary heart disease. This reduction may be due to an associated increase in the diagnosis of CHD, which may create anxiety-related stress and adverse effects of treatment. CTCA-diagnosed CHD was assessed with respect to the larger coronary arteries and not their smaller branches, and as such the contribution of microvascular CHD to the chest pain and the resulting symptoms felt by patients is unknown. Though sought after as a diagnostic tool due to its non-invasive nature, the use of CTCA without follow-up by more accurate, yet invasive, angiographic techniques and functional assays may have resulted in some misclassifications. These findings suggest that with respect to reducing symptoms, CTCA may be of most benefit in diagnosing those without CHD, limiting the unnecessary application of treatments which may otherwise reduce symptomatic improvements in patients with chest pain.