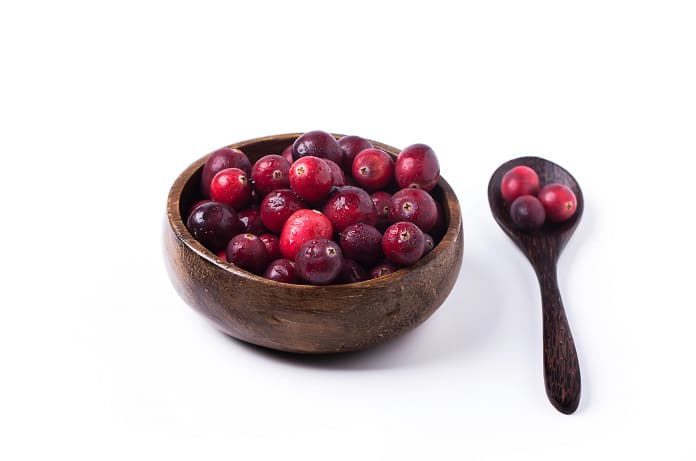 Researchers examine the use of cranberry for urinary tract infections as an alternative to antibiotics in the prevention of recurrent infections.

Urinary tract infections (UTIs) are most commonly uncomplicated infections in the bladder and affect more than 150 million people each year worldwide. Women are more prone to these infections and are believed to have a 50% lifetime risk of an episode, and an estimated 20-30% risk of a recurrent infection. Currently, antibiotics such as fluoroquinolones are the most commonly used medications for urinary tract infections. Bacterial resistance to fluroquinolones are estimated to be more than 20% in many parts of the world, and in 2016 the FDA reported that the side effects related to the use of this medication outweighed the benefits in patients having an uncomplicated UTI. Clinicians have been in search of non-antibiotic methods for the treatment of uncomplicated UTIs. The use of cranberry for urinary tract infection has been proposed as an alternative treatment by several researchers. However, its effectiveness remains debatable.

Several previous studies indicate that the consumption of cranberry in the form of juice or supplements may decrease the risk of developing a UTI in healthy women because it may suppress the inflammatory cascade, and may interfere with the ability of the bacteria to attach to the urinary tract cells. In contrast, other published studies have reported no such findings, indicating that cranberry had no benefit in UTI when compared with the placebo.

In a current study published in The Journal of Nutrition, Fu and colleagues analysed several studies to determine what effect cranberry had on the risk of recurrence of urinary tract infections in generally healthy women. They included studies that were randomized controlled trials conducted between January 2010 to July 2017. The study participants were generally healthy, non-pregnant women aged over 18 years with a history of uncomplicated UTI and were either subjected to a cranberry intervention, or a placebo/non-treatment control group. In total, 1,498 participants were included from seven different trials, with 798 in the cranberry treatment groups (juice plus tablets or capsules) and 702 in the placebo or control groups.

The review reports that cranberry products were shown to reduce the risk of recurrence of UTI in healthy women by 26% when compared to women in the control or placebo group. The women who used cranberry and were UTI-free at the time of enrolment had their recurrence rates significantly decreased by 35%. There were, however, no significant reductions among women who were enrolled with an active UTI and then treated with antibiotics before UTI recurrence was assessed.

There were several limitations to this study. Three of the seven trials reported a high rate of participants who were lost to follow-up or who selectively reported. The studies that were included focused mainly on healthy women that were at risk of a UTI, however, the baseline risk may not have been similar across the populations. It is possible then that some women who had an active UTI and an unknown history of previous UTI were enrolled and the subsequent UTI considered recurrent. One trial included in this review used a mixture of cranberry juice and lingonberry juice, so the results of that study may not be entirely attributable to cranberry alone.

The results of this study suggest that cranberry can be used as a non-antibiotic alternative to prevent the recurrence of urinary tract infections in generally healthy women. These findings are useful especially to help reduce the cost of health care, however, further studies are needed to confirm the results.