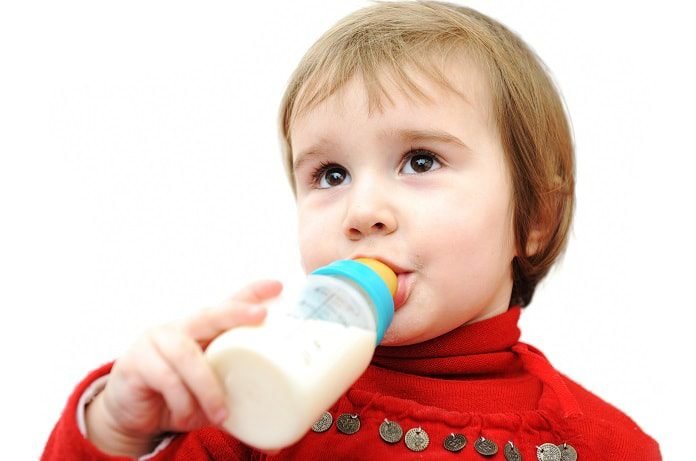 It has frequently been debated about whether cow milk or noncow milk is better for children to consume and which has a greater effect on height. This new study found that noncow milk was related to lower childhood height.

Recently, parents and health professionals, especially in North America, seem to be debating whether cow milk or noncow milk, such as soy, rice or almond milk, is better to give children to enhance growth. Cow milk provides protein and fat which are two important nutrients for proper growth. With contradicting information being offered, some studies say that children that consumed cow milk were taller. However, many parents are replacing cow milk with noncow milk due to the perceived health benefits. According to another study, it was found that 12% of urban children in Canada consumed noncow milk. This new phenomenon is widespread and brings into question hormones levels and the differences in protein content between cow and noncow milk. Noncow milk contains different proteins, lacks IGF-1, and is said to not have the same effect on height as cow milk does. However, under the Food and Drug Regulation of Canada, noncow milk did not meet the standardized nutritional content of protein and fat, raising the concern that children may not be receiving optimal nutrition.

A recent study published in the American Journal of Clinical Nutrition (AJCN) investigated if noncow milk consumption in childhood was actually associated with height. This cross-sectional study included 5020 healthy Canadian children in Toronto between the ages of 24-72 months enrolled in the Applied Research Group for Kids cohort. They were recruited from December 2008 to September 2015 and children with a medical condition, chronic illness (except for asthma) or severe developmental delays were excluded. Researchers monitored the volume of noncow milk consumption in 250-mL cups per day and the primary outcome was height. Questionnaires, age, sex, BMI (in kg/m2) z score, maternal ethnicity, income and maternal height were collected. Neighborhood income was also obtained to understand and account for socioeconomic status.

Maternal ethnicity was approximately 70% European and most children came from medium to high-income families. Results showed that there was an association between height and milk type depending on the dosage, noncow milk was associated with decreased height in childhood. On average, one cup of noncow milk was associated with being 0.4 cm shorter. However, children that were 3 years old and consumed 3 cups of noncow milk in comparison to those that drank 3 cups of cow milk were approximately 1.5 cm shorter. There was no statistically significant data to support that consumption of noncow milk affected childhood height.

A strength of the study included a large group of similar children (healthy urban preschoolers), however, limitations include the cross-sectional design questionnaire collected data about milk intake that may not have been accurately recalled. On the other hand, this study provides important information and furthers our understanding of the association between drinking noncow milk and height to inform parents. Additionally, while a lot of noncow milk drinks are being marketed to be a better choice, it is essential to realize that the nutritional content of cow milk, in the form of energy, protein, fats and minerals, is higher. For instance, two cups of cow milk has 16 g of protein which is 70% of the daily protein requirement for a 3-year-old whereas two cups of almond milk has 4 g of protein, only 25% of the daily protein recommendation. Future research should focus on determining how much noncow milk provides equivalent nutritional content to that in cow milk.