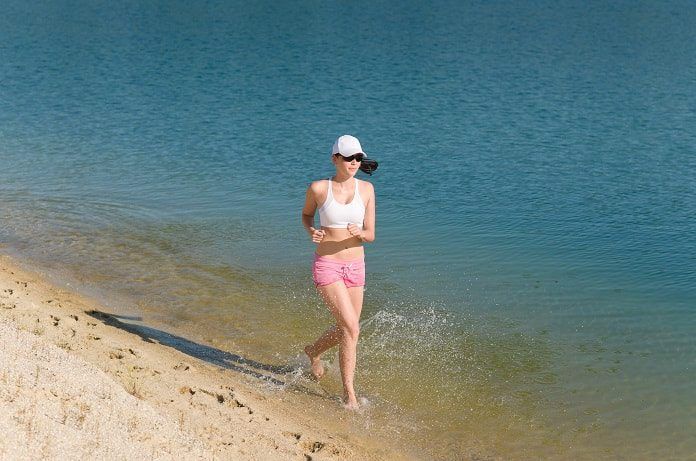 Skin damage due to UV exposure from the sun is a widely known cause of skin aging and increased risk of skin cancer. In a recent study, the authors investigate whether diet can influence the damage caused by UV exposure.

Exposure to UV rays from sunlight causes the skin to generate greater amounts of free radicals that lead to cell damage and increase the risk of skin cancer. Although avoiding sunlight is the best way to prevent visible aging and cancer due to damaging UV rays, another factor contributing to the risk of skin cancer is diet. In a recent study published in the Journal of American Medical Association Facial Plastic Surgery, the authors investigate how normal, calorie-restricted and obesity diets affect the response of skin to UV irradiation in a hairless mouse model.

Three test groups were established: a control group with a healthy diet; a calorie-rich (obesity) diet group; and a calorie-restricted diet group. Half of the mice in each group were exposed to a controlled amount of UV radiation 3 times a week for 10 weeks. After 10 weeks, all test groups were humanely sacrificed and skin samples were collected. Analysis of the skin samples looked for specific immune responses, skin thickness, collagen health, elasticity and even changes in the number of wrinkles.

As expected, the results showed that with a calorie-restricted diet, mice had a modest decrease in body weight after UV exposure, which contrasted with the calorie-rich diet that resulted in increased body weight. Interestingly, UV exposure with a calorie-rich diet also resulted in the thickening of the skin, increased formation of wrinkles, enlargement of elastic fibers, and increased immune responses. Most notably, a calorie-rich diet was associated with UV-related skin thickening, indicating that increasing calories may lead to increased cell reproduction — too much of which can lead to cancerous growths. Alternatively, calorie-restricted mice were less prone to the production of wrinkles. Not all UV-induced skin changes were related to diet, however. For example, the amount of collagen produced between all groups was similar regardless of diet.

The authors conclude that a calorie-restricted diet in the mice helped contribute to cellular factors that lessened the effects of UV radiation. However, since this work was done in a mouse model, it is unknown if the results are transferable to humans. In any case, it appears that in the mice an opulent diet had negative consequences.