Researchers have recently investigated the effect of the Mankai duckweed plant on maintaining blood sugar control.

The Mankai duckweed plant (Wolffia globosa Mankai) is a green aquatic plant that is enriched with protein. Enjoyed in South Asia for hundreds of years, this plant has been referred to as a “vegetable meatball” because of its high protein content. Consisting of over 45% protein, this food contains nine essential and six conditional amino acids.

Primary producers of the Mankai duckweed plant are Israel and other countries with similar climate and environment. However, using hydroponic cultivation, the plant can grow at any time during the year. In addition, compared to other plants that contain protein such as kale, soy, and spinach, the Mankai duckweed plant requires less water per gram of protein produced.

A research team from Ben-Gurion University of the Negev (BGU), investigated the influence of Mankai duckweed plant on glycemic control after carbohydrate consumption. The results of this clinical trial were published in the official journal of the American Diabetes Association – Diabetes Care.

The study included a comparison of two groups of overweight participants with an average age of 51 years old. One group drank Mankai duckweed plant shake for two weeks while another consumed yogurt shake. Both drinks had the same amounts of calories, carbohydrates, protein, and lipids. At a two-week check-up, using blood sugar sensors, the researchers found that participants from the first group had lower blood sugar peak. This peak in blood sugar was not only lower but occurred later and returned to normal faster than the group who consumed the yoghurt shake. In addition, people who drank the Mankai duckweed plant shake felt more satiated compared to the yogurt shake.

Combined with previous research that has demonstrated the Makai duckweed plant is rich in phenolic acid and flavonoids, dietary fiber, minerals (including iron and zinc), and vitamins such as A, B complex and B12; that Mankai can increase iron and folic acids levels; and that Mankai can provide the same amount of essential amino acids as the soft cheese and peas, the researchers suggest that the Mankai duckweed plant has great potential to be a ‘superfood’. In addition to its beneficial features, it is a tasteless and odorless plant that is easy to mix with a meal. Recently, Harvard School of Public Health added Mankai smoothies in the cafeteria’s menu. 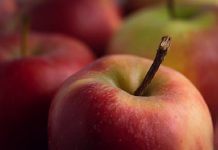