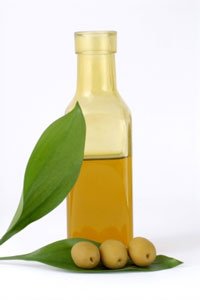 An association has been found between a Mediterranean diet and improvement in cognitive function in older adults.

The study, published in the Journal of the American Medical Association, extended the emerging evidence that dietary components can have positive effects on brain health. The researchers assessed whether inclusion of nuts or olive oil, in addition to adherence to a Mediterranean diet, would have positive outcomes in terms of cognitive changes in older individuals.

The study population was made up of a sub-cohort of patients from the Prevención con Dieta Mediterránea (PREDIMED) randomized clinical trial. A total of 446 healthy volunteers, with high cardiovascular risk, were enrolled in the Spanish study between 2003 and 2009. Participants were randomly assigned to either Mediterranean diet supplemented with 1 litre of olive oil per week, Mediterranean diet supplemented with 30g of mixed nuts per day, or a control group who were advised to reduce their total fat intake. Participants with an average age of 67 years were monitored over four years.

The participants underwent neuropsychological testing at the beginning of the study, and at approximately 4 years after study initiation. These tests measured cognitive change over time. The study found a significant improvement in cognitive function in participants allocated to the Mediterranean diet compared with the control group. There was greater memory preservation observed in the Mediterranean diet plus nuts group compared with the other two groups, while participants in the Mediterranean diet plus olive oil group demonstrated an overall improvement in frontal function and cognition. The results of the study were found to be independent of age, sex, total energy intake, and vascular risk factors. The benefits were seen even in participants with higher genetic risk of cognitive disorders and dementia.

The authors suggest that the beneficial effects seen are likely due to the antioxidant and anti-inflammatory effects of the phenols contained in the olive oil and nuts. They suggest that the phenols could potentially reduce the oxidative stress within the brain that leads to neurodegeneration and ultimately the onset of dementia. They also suggest that the benefits may occur through increased blood flow to the brain, which is also promoted by the phenols in olive oil and nuts. Since studies have pointed to a link between vascular risk factors and dementia, this vascular improvement could prevent or delay the onset of cognitive decline.

Overall the study demonstrates a reduction in age-related cognitive decline in participants who were adhering to a Mediterranean diet supplemented with olive oil or nuts. They suggest that this diet can be a potential prevention strategy, however that further research is necessary.

Image courtesy of africa at FreeDigitalPhotos.net