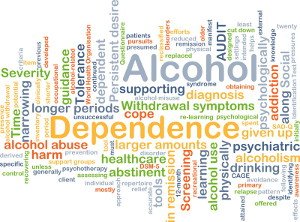 A study has reported that a currently available diabetes medication, liraglutide, could prove useful to treat alcohol dependence

Recently published in the journal Addiction Biology are a series of experiments conducted in rats to assess the effectiveness of a diabetes medication, liraglutide, in the treatment on alcohol dependence.

At the basis of the research is the hormone glucagon-like peptide 1 (GLP-1). GLP-1 is involved in the regulation of glucose-dependent stimulation of insulin secretion and release of glucagon during digestion. Due to its role in insulin secretion, analogs of GLP-1 are used in the treatment of diabetes. We have previously reported on the GLP-1 analog, liraglutide, as a weight management drug. GLP-1 receptors, however, have also been found in areas of the brain involved in reward. For example, areas of the brain involved in alcohol-induced, as well as amphetamine-induced, cocaine-induced, and nicotine-induced reward have been shown to contain these GLP-1 receptors. Researchers from the Sahlgrenska Academy, Sweden, in collaboration with the National Research Council of Italy, and Lund University, Sweden used this information as a basis to assess the effect of liraglutide on alcohol-related behaviours in a rat model.

Not only does the study report evidence of the role of GLP-1 in regulation of alcohol-mediated behaviours, but also provides a potential pharmacologic intervention that is currently available. The researchers therefore suggest that liraglutide should be tested for the treatment of alcohol dependence in humans.