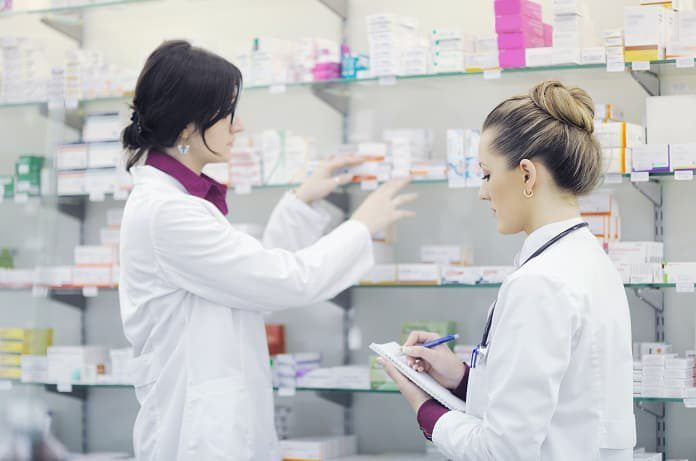 While you can’t put a price on life, many biopharmaceutical companies do just that if you have been diagnosed with cancer. Researchers determine whether the estimated cost of cancer drugs is correct.

The average cost per year for cancer treatment is more than $100,000 US, with many treatments nearing the $200,000 mark per person. The negative impact of the high cost of cancer drugs on patients and society has led to many groups voicing their concerns, including physicians, patients, and policymakers. However, biopharmaceutical companies justify the cost of cancer drugs by the outlay they make to research and develop new drugs.

A study by the Tufts Centre for the Study of Drug Development estimated, using private data from ten pharmaceutical companies, the cost to bring a new cancer drug to market to be an approximate US$2.7 billion (inflation adjusted for 2017 US dollars). This estimate included compounds which had undergone phase 1 to 3 clinical trials and became part of the companies approved drugs portfolio and represented the total cost of bringing the drugs to market.

This estimate, however, is approximately eight times greater than the estimate reported by the group Public Citizen, a non-profit, consumer rights advocacy group. Their estimation was considerably less, at $320 million (inflation adjusted for 2017 US dollars) to develop and bring one cancer drug to market. Public Citizen analyzed public data reported by all major pharmaceutical companies on their research and development filings for a seven-year period and then divided the total expenditure across these companies by the number of new drugs approved for them in the subsequent seven years.

An Analysis of the True Cost of Developing Cancer Drugs

Given the enormous discrepancy between these two estimates, a recent study by Prasad and Mailankody aimed to provide a more up to date, independent analysis and estimate the true cost of developing cancer drugs. They analyzed public data from filings to the US Securities and Exchange Commission by drug companies with no approved drugs already on the market but received approval by the FDA for a cancer drug between January 1st, 2006 and December 31st, 2015. Spending on research and development was estimated from the initial activity through to the date of the drug’s approval. Earnings from the time the drug was approved to present were also identified and taken into consideration. The analysis was recently published in JAMA Internal Medicine and included data from ten drug companies and ten drugs.

It took an average of 7.3 years to develop each drug. Five of the drugs included received an accelerated approval by the FDA while the other five received regular approval. With a range between $157.3 million to $1,950.8 million, the estimate for the average cost of the drug development process was 648 million. If a 7% per annum cost of capital is included in the estimate (this takes into account opportunity costs) the estimate increases to an average $757.4 million. This is still significantly lower than the estimate published by the Tufts group.

Furthermore, total revenue for sales from the ten drugs included in the study was calculated to be $67 billion (over an average of four years from the time of approval), compared with the total research and development spending of $7.2 billion. Not only is the cost of developing a drug significantly lower than previously estimated, but the revenue generated from bringing the cancer drug to market is substantial.

Limitations of the Study

The limitations of this study include the use of a small data set which only included approximately 15% of all new cancer therapeutics approved at this time. Also, it is possible some companies may have unintentionally over or underestimated their costs, even though filings reported to the US Securities and Exchange Commission are subject to strict regulations and guidelines. Finally, the analysis focuses solely on bringing cancer drugs to market, which in recent years have been readily approved compared with drug development for other diseases, meaning this analysis cannot be extrapolated to other areas of drug development.

As mentioned, previous estimates ranged from $320 million to $2.7 billion for the cost of developing a new cancer drug. This significant discrepancy of $2.38 billion led to an independent analysis, providing a more transparent estimate of $648 million as the cost of research and development spending on bringing a new cancer drug to market.

This figure has important implications on the debate surrounding the cost of cancer drugs. Furthermore, within an average of four years after approval, the cost of developing the drug is recovered.  In fact, some companies boast more than a ten-fold higher revenue than the initial spending. The question remains: why is the cost of cancer drugs and therefore the cost of one’s health so high? Future studies, which include more transparency from pharmaceutical companies, is required to help facilitate finding an answer to this question.