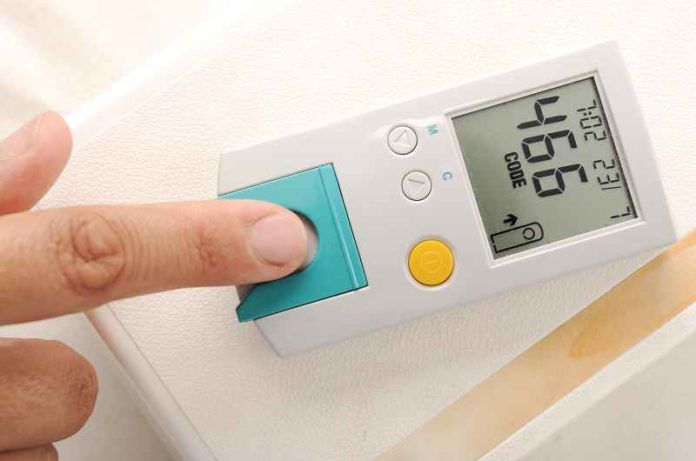 Though research has suggested continuous monitoring of sugar levels in type 1 diabetics helps to improve control of blood sugar levels, the majority of studies have focused on these effects in conjunction with automatic insulin pumps, rather than with manual insulin injection, which is far more common among type 1 diabetics.

In a 2017 study published in the Journal of the American Medical Association, researchers compared the effect of continuous versus traditional sugar monitoring on HbA1c in adults with type 1 diabetes. Participants were type 1 diabetics aged 26 to 73, non-pregnant, had received daily insulin injections for at least 1 year, had not used a continuous blood sugar monitor within 3 months, and had a Haemoglobin A1c (HbA1c) level – a gauge of blood sugar control over the previous of 2-3 months – of 7.5% to 10.0%.

During pre-trial screening, participants were instructed to use a continuous sugar monitor for at least 12 of the 14 days, calibrate the device at least twice daily, and to check their blood sugar at least 3 times daily with the metre and test strips provided. Those who did not adhere to these instructions were excluded from the study. Eligible participants were then randomly assigned to the continuous monitoring (CM) group or the control group. The CM group was to use a continuous sugar monitor daily, calibrate the device twice daily, and check the device’s readings against those of the traditional blood sugar metre before injecting insulin. The control group was instructed to monitor blood sugar using the metres at least 4 times daily. The continuous sugar monitors measured levels of sugar within body tissue every 5 minutes, while the traditional metres measured blood sugar with manual use of the test strips. Participants carried out their regimens for 24 weeks, with visits conducted after 4, 12, and 24 weeks for both groups. The CM group also had visits after week 1, and the control group was monitored during weeks 11 and 23 using a continuous monitor. Blood HbA1c levels were measured during screening and at 12 and 24 weeks.

Efficacy was assessed with respect to changes in HbA1c levels, the percentage of participants with HbA1c levels below 7.0%, the amount of time spent between 70 and 180 mg/dL, time spent with blood sugar less than 50, 60, or 70 mg/dL and greater than 180, 250, or 300 mg/dL, variability of sugar levels, awareness of low blood sugar, and the frequency of self-administered blood sugar testing. Satisfaction with the continuous monitors was also surveyed. Safety was assessed with respect to severely low blood sugar, severe adverse events, and diabetic ketoacidosis.

The study found that continuous sugar monitoring lowers haemoglobin A1c levels more than the use of blood sugar metres alone, and is associated with longer periods of time with sugar levels between 70 and 180 mg/dL, shorter periods of time with low blood sugar, and less variability in blood sugar levels. These findings suggest the use of continuous sugar monitors may be beneficial to type 1 diabetics required to inject insulin daily. The high compliance rates in this study are to its credit. Further research confirming these findings, especially in individuals with more severe cases of type 1 diabetes, would be beneficial.