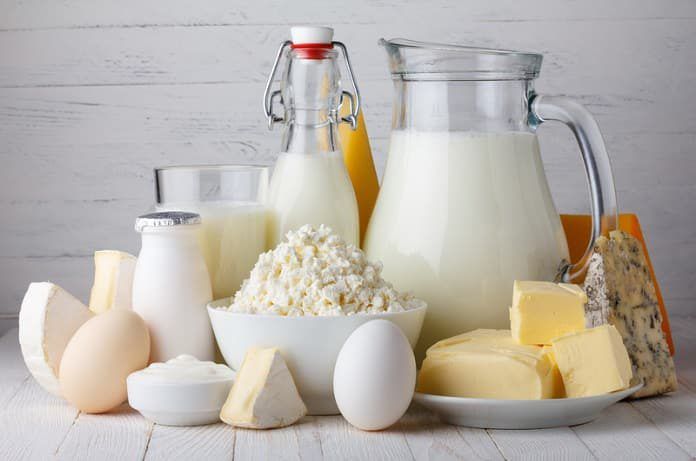 Early menopause is experienced by approximately 10% of women in Western populations. Consuming calcium and vitamin D predominantly from dairy sources has a role in delaying the onset of menopause.

Approximately 10% of women in Western populations experience premature ovarian failure, commonly known as, early menopause. Early menopause is the term used to describe any woman who naturally loses function of her ovaries, and consequently cessation of her menstrual cycles before the age of 45. Not only are these women at a higher risk of premature death when compared to women who experience menopause later in life, but they are also at increased risk for cardiovascular diseases, cognitive decline, and osteoporosis, among other unfavourable health outcomes. With normal aging, women typically experience a decrease in fertility during the 10 years leading up to natural menopause. This fact can further complicate the lives of women who opt to delay childbearing until later in their reproductive years, in addition to experiencing the symptoms of menopause at an earlier age.

According to a recent study published in the American Journal of Clinical Nutrition, women who have increased vitamin D and calcium in their diets, predominantly from consuming dairy products, have less risk of experiencing early menopause. In this study (Nurses’ Health Study II), 86,234 female US registered nurses, who were premenopausal and between the ages of 25-42 years old, were followed by way of periodic surveys from 1991 to 2011. To assess their intake of calcium and vitamin D from food sources nurses were asked to complete a food-frequency questionnaire (FFQ) every four years (in 1991, 1995, 1999, 2003, 2007, and 2011) that reflected their average consumption of 131 different foods, beverages, and supplements over the preceding year. In like fashion, nurses were asked to respond to an FFQ every 2 years to reflect their usage and the corresponding dosages of any multivitamins, calcium, and/or vitamin D supplements. During the years of follow-up, 2041 of these women were reported to experience early menopause.

The researchers found that though vitamin D intake (≥ 600 IU per day) from supplements was not associated with the risk of early menopause, intake of calcium and vitamin D from dietary and dairy sources (about 2.5 servings per day of vitamin D-fortified milk) had a strong association with later menopause onset. They also observed that high intake of calcium supplements (≥ 900 mg per day) was associated with an increased risk of experiencing early menopause. The researchers did not expect this latter finding, however, it provides insight for women who take high amounts of calcium supplements on a daily basis. This study was different than previous studies because it assessed early menopause specifically. It analysed a large number of women with periodic follow-up questionnaires over 20 years and this allowed the researchers to account for any possible conflicting variables. A limitation of the study is that it relied on self-reported information to determine the timing of menopause. The researchers were unable to rule out the possibility of participant overreporting and/or underreporting on their FFP questionnaires.

This study is useful because it brings to light certain favourable and less than favourable effects of vitamin D and calcium consumption in premenopausal women. It is important for women to know which supplements and food products may alter their risk of experiencing early menopause.