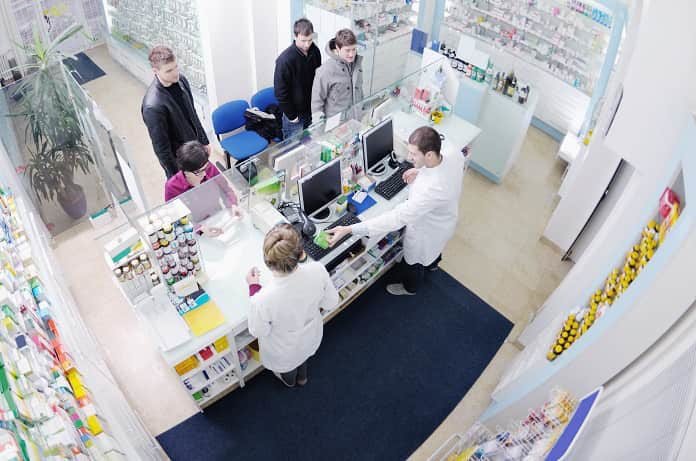 Comparing the effectiveness of an immunotherapy inhibitor, nivolumab, with platinum-based chemotherapy may help oncologists determine which drug is most beneficial as a first line treatment for patients with advanced or recurrent non-small-cell lung cancer.

As a standard first-line treatment, platinum-based chemotherapy entails a two-drug approach which can target cells lacking mutations that are sensitive to targeted therapy. In the case of advanced non-small-cell lung cancer (NSCLC), platinum-based chemotherapy was found to be only moderately beneficial and carried an unfortunately limited safety profile. However, a programmed death ligand-1 (PDL1) immune checkpoint inhibitor antibody, nivolumab, has proven to be beneficial and carries a favorable safety profile for patients expressing PD-L1; especially in those patients with increased levels of PD-L1. In fact, nivolumab therapy was shown to prolong survival in patients with NSCLC.

Non-small-cell lung cancers include bronchoalveolar, adenocarcinoma, squamous cell carcinoma, and large cell carcinoma. First-hand smoke, second-hand smoke, exposure to asbestos, radon, and other environmental agents can contribute to the development of cancer in the lungs. With NSCLC being the most common type of lung cancer that accounts for over 85% of all lung cancers, effective treatment of this chemo-insensitive disease is important for increasing the 14% five-year survival rate in those with advanced cases. Therefore, clinical trials focusing on new drugs and methods of treatment for NSCLC are essential.

In two phase-3 clinical trials, researchers compared treatment with nivolumab and platinum-based chemotherapy. They published their results in The New England Journal of Medicine. They found that treatment with nivolumab in patients with metastatic NSCLC and disease progression during and after chemotherapy resulted in significantly longer overall survival than the platinum-based drug docetaxel. This study spurred on an international randomized, open-label, phase-3 trial in which patients with stage 4 or recurrent NSCLC were randomly assigned to receive nivolumab (3 mg per kg of body weight) every 2 weeks or platinum doublet chemotherapy every 3 weeks for four to six cycles.  All 423 participants had a 5% PD-L1 expression level or 1% PD-L1 expression level.

Nivolumab has been shown to be beneficial regardless of PD-L1 expression and its benefits are seen in patients with non-squamous NSCLC and increasing PD-L1 expression. Though platinum-based drugs are still the primary standard-of-care therapy, the effects of its significant toxicity contribute to poor outcomes during the treatment course of NSCLC. As an immunotherapy treatment with a reputation of having a favorable safety profile and better long-term survival rates, nivolumab has shown to be an effective therapy for patients with advanced or recurrent non-small cell lung cancer.