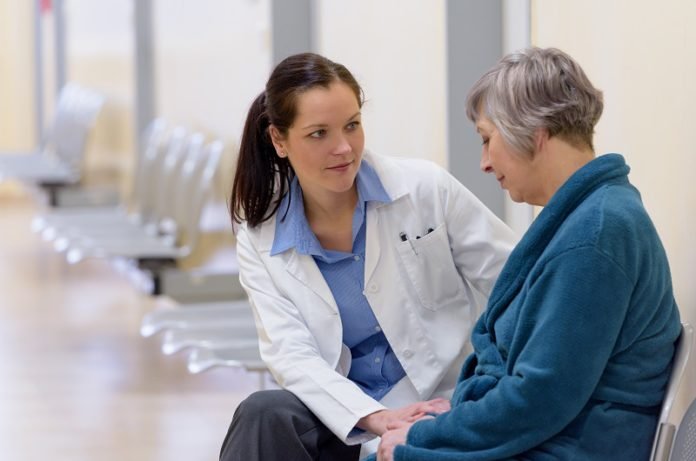 Older adults who are hospitalized are at an increased risk of delirium, an impaired mental state with acute onset, which may increase their risk of in-hospital and post-discharge mortality. A recent study published in PLoS Medicine investigated whether mortality risk is greater among hospitalized older adults with delirium superimposed on dementia.

Delirium is characterized by an impaired and inattentive mental state with acute onset. It can be brought on by acute or chronic medical illness and events associated with the onset of illness such as surgery, infection, malnutrition, or the side effects of medication. Older adults with preexisting cognitive or functional impairment are prone to delirium, especially if they experience medical events that require hospitalization. In particular, hospitalized older adults with dementia are at an increased risk for delirium. While some studies suggest that delirium superimposed on dementia (DSD) is associated with longer hospital stays, more functional decline, and higher mortality rates compared to dementia alone, findings are mixed and research is limited.

To enhance the existing evidence base, a group of researchers in Brazil conducted a study to investigate the relationship between in-hospital and 12-month mortality and DSD among a prospective cohort of 1,409 adults aged 60 and over who were hospitalized in a university geriatric ward for acute illness. They hypothesized that patients with DSD would have higher mortality rates. The cohort was followed from January 2009 to June 2015 to assess time to death during hospitalization and time to death over the next 12 months following hospital discharge. The study was published in PLoS Medicine.

The sample was composed largely of women in middle to low-income groups with a mean age of 80 years old. Patients were grouped into four categories based on cognitive evaluations conducted within 24 hours of admission: no delirium or dementia, dementia alone, delirium alone, or DSD. Older adults who were admitted for end-of-life care or stayed less than 48 hours were excluded from the study, as were those who provided incomplete data. Of the four categories, 367 participants, or about a quarter of the sample, were diagnosed with DSD, and nearly 70% of them had moderate to severe dementia.

Overall, whether DSD conveys added mortality risk compared to dementia or delirium alone, and under what conditions, remains unclear. The researchers’ hypothesis that DSD would be associated with higher rates of mortality was supported for older adults who died in-hospital, but not for those who were followed for 12-months post-discharge. Delirium alone showed the same pattern of results, although the relationship between delirium alone and in-hospital mortality was stronger than the association between DSD and in-hospital mortality. Other studies have shown that delirium without dementia is associated with higher mortality rates, but not DSD, and yet others suggest that the association between delirium and higher rates of mortality is explained by the presence of dementia.

Conflicting findings could be explained by errors in diagnosis, as delirium may be more difficult to detect when dementia is present. Symptoms of dementia could be mistaken for delirium and symptoms of delirium mistaken for dementia. Errors or misclassifications in diagnosis could bias study results. Further, studies do not always account for severity or type of delirium or dementia. The researchers also point out that the underlying pathology that triggers delirium in those with dementia may be different than the pathology associated with delirium alone. The pathology associated with delirium alone may be of greater medical consequence, whereas the pathology among those with preexisting dementia may reflect the condition responsible for dementia.

This study was strengthened by the large cohort size, comprehensive patient assessments, and the prospective design that allowed the researchers to follow patients forward in time over the 12-month discharge period. However, it was limited as all of the patients came from the same geriatric center, and they had multiple comorbidities, which may have influenced the results. Although the researchers accounted for a variety of factors that might predict mortality risk, other factors were likely unaccounted for. More research is needed to identify and evaluate strategies to prevent and treatment delirium and dementia among older adults.