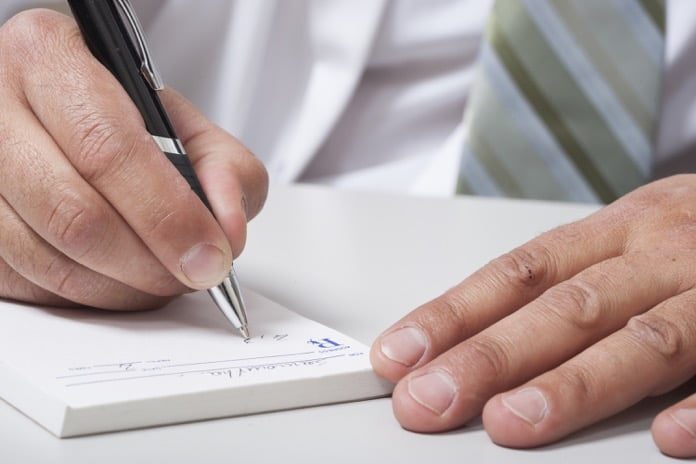 A recent study sought to evaluate how often emergency departments are discharging patients with prescriptions that can cause drug interactions with their home medications.

Approximately 25% of patients in the community experience an adverse drug reaction, of which 39% are preventable. Most of these preventable adverse drug reactions are from drug-drug interactions, which occurs when one drug alters another drug’s potency, efficacy or safety. The rate of drug-drug interactions resulting from prescriptions from an emergency department can range widely from 3% up to 47%.

To get a better estimate of the rate of drug interactions caused by emergency department (ED) prescriptions and their resulting severities, researchers in the United States performed a retrospective chart review study. Their results were published in the American Journal of Emergency Medicine.

The study reviewed patient visits from August 2015 at a large, urban, tertiary care medical centre. Patients were included in the study if they were over the age of 20 and discharged from the ED with a medication prescription and excluded if they left without a prescription, were admitted into the hospital, transferred to another hospital, or left against medical advice. The researchers selected the first 500 patients that met their inclusion criteria for analysis.

The researchers found QTc prolongation, increased risk of bleeding, and central nervous system depression to be the most commonly identified drug interactions. Most drug interactions fell into risk category C where clinical monitoring of therapy is recommended. This finding suggests the importance of post-discharge patient follow up in the community and reconciliation of a patient’s discharge medications with their current home medications. Emergency department physicians should perform risk-benefit analysis prior to prescribing medications for patients at discharge. Further, the clinical context of drug interaction should be assessed by the physician and any risks should be communicated to the patient.

The study recognizes the limitations of their findings from being generalizable to all practice settings because they only included one single facility site and excluded patients under 20 years of age. Drug interactions were also evaluated based on one database, whereas other drug interaction databases may differ in their classification or severity.

However, the study concludes that there is a benefit to performing a drug-interaction check prior to patient discharge from the emergency department. They hope their results can increase awareness of common drug interactions and encourage patient education on adverse drug reaction monitoring.