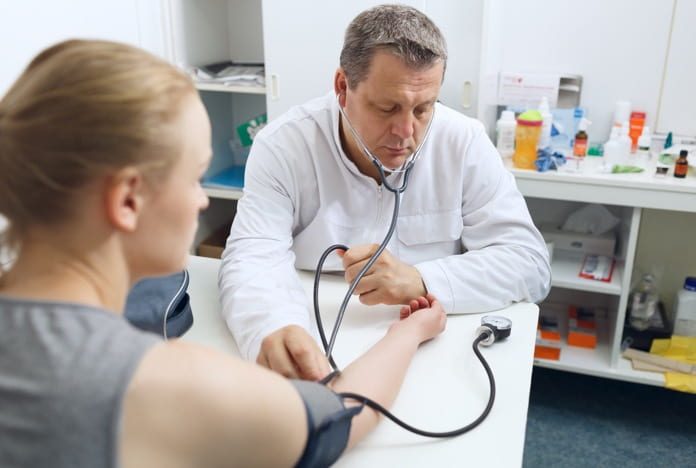 There are few effective treatments for advanced ovarian cancer. A recent study showed that losartan, a drug that lowers blood pressure, could help ovarian cancer treatment.

Every year, more than 20,000 Americans are diagnosed with ovarian cancer. More than half of them will succumb to the disease. Many cases will not be identified until the disease is in its advanced stages, meaning that it is much more difficult to treat. Because of this, scientists are looking for new ways to improve ovarian cancer treatment. One approach is to make it easier for chemotherapy drugs to get inside tumor cells.

It is tough for drugs to get into tumor cells

As tumors grow, they build up a stiff, mesh-like structure within them. This “extracellular matrix” surrounds every cell within the tumor. It makes it more difficult for some drugs to get inside the individual tumor cells. It also increases the overall stiffness of the tumor, squeezing the blood vessels leading into it. This means that drugs, which are carried in the blood, will have a harder time accessing the interior of the tumor. If a new drug could shrink the extracellular matrix, then chemotherapy drugs could find it easier to enter tumor cells.

Scientists have recently found that a protein called angiotensin II stimulates the build-up of extracellular matrix. It also causes blood vessels to contract, increasing blood pressure. Because of this, many people with high blood pressure are already taking drugs that inhibit angiotensin II. A group of researchers in the United States have been studying if losartan, an angiotensin II blocker, can make chemotherapy more effective. They recently published their results in the Proceedings of the National Academy of Sciences of the United States of America.

The researchers injected ovarian cancer tumor cells into a group of mice. These cells grow and divide, and in a few days, they formed solid tumors. They then treated the mice with losartan alone, or with the chemotherapy drug paclitaxel, or with both paclitaxel and losartan. Losartan by itself had no effect. Paclitaxel by itself slowed tumor growth, but the combination of paclitaxel and losartan was even more effective. Tumors in mice treated with both drugs were half the weight compared to tumors in mice that were only treated with paclitaxel.

One important limitation of this clinical study was that the study in patients was strictly observational. In other words, it did not actually confirm that giving losartan to new patients would help with their cancer treatment. For that, it is necessary to set up a new clinical trial that would randomly assign some cancer patients to receive chemotherapy plus angiotensin II blockers. These patients would be compared to another group receiving chemotherapy alone.

Despite this limitation, the results in this study are extremely promising. It potentially doubled the survival time of patients with advanced ovarian cancer. Losartan and similar angiotensin II receptor blockers are inexpensive and relatively safe. An ovarian cancer treatment that helped patients with advanced disease live almost twice as long would be an extremely welcome development.