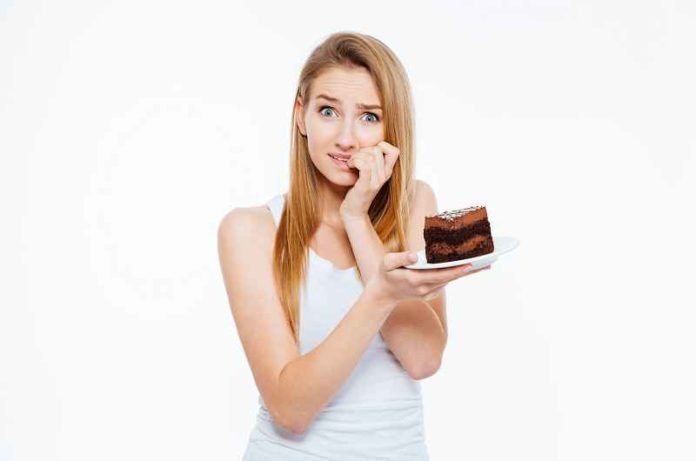 A chronic high-energy diet intake is most commonly observed to lead to insulin resistance in obese people. According to new research, energy restriction (ER) intervention with a dipeptidyl peptidase-4 (DPP-4) inhibitor, a diabetes medication, has greater therapeutic benefits on brain function in obese insulin-resistant condition when compared to ER alone.

Obesity is a significant feature of metabolic syndrome and its prevalence has increased globally.  Research studies in mouse models have generally demonstrated that obesity induced by high caloric diet brings about development of insulin resistance and impairment in cognitive function.  In addition, high energy diets have also been reported to have an effect on brain insulin resistance metabolism and mitochondrial dysfunction.  A dipeptidyl peptidase-4 inhibitor, vildagliptin, which is widely prescribed in type 2 diabetes mellitus (T2DM), has not only enhanced neurogenesis but also cognition in patients suffering from obese insulin-resistance. Many medications that have been administered for treating T2DM or obese insulin-resistant condition were found to be associated with several side effects. Therefore, lifestyle modification, including energy restriction (ER), would be an alternative therapy for obese insulin-resistant condition and T2DM thereby providing neuroprotection and preserving cognitive function. However, a lead study of Pintana and co-researchers of Chiang Mai University, Thailand, demonstrated that ER with DDP-4 inhibitor use has better efficacy than ER alone in improving cognition function in obese insulin-resistant condition. The study was published in British Journal of Nutrition in 2016.

A total of twenty-four male Wistar rats obtained from the National Animal Center, Thailand, constituted the study subjects. The subjects were randomly divided into two groups and fed either a normal diet or a high-fat diet (HFD) for 12 weeks. Later, the HFD rats were divided into three subgroups at week 13 and subjected to receive vehicle (a placebo of the drug), ER or ER plus vildagliptin. For understanding effect the ER or interventions of ER on obese insulin restriction, various tests related to cognitive and metabolic function, brain insulin sensitivity, hippocampal synaptic plasticity and brain mitochondrial function were performed. It is noticed that obesity-induced in HFD rats demonstrated weight gain with peripheral insulin resistance, dyslipidemia, oxidative stress, brain insulin resistance, impaired brain mitochondrial function thereby resulting in brain insulin resistance, and cognitive function impairment. In the case of HFD-fed rats treated with ER or ER plus vildagliptin, results showed restoration of peripheral insulin sensitivity and improvement in lipid profiles. In the case of rats administered ER plus vildagliptin, results indicated restoration of brain insulin sensitivity, brain mitochondrial function, hippocampal synaptic plasticity and cognitive function.

In summary, ER with vildagliptin has a more significant  effect in decreasing brain oxidative stress levels, as well as restoration of brain insulin sensitivity, brain mitochondrial function, hippocampal synaptic plasticity and cognition than ER alone. Even though the study has provided clear insight into metabolic and cognitive function in obesity by ER and its intervention, still there are limitations in terms of comparison with lean rats and lack of markers such as neurotrophic factor and tropomyosin-related kinase B. Therefore, addition of vildagliptin to ER has greater therapeutic benefits on brain function than ER alone in obesity. Further investigation of other ER feeding methods and delivery would give a better scope of understanding its role in obesity associated with insulin resistance.