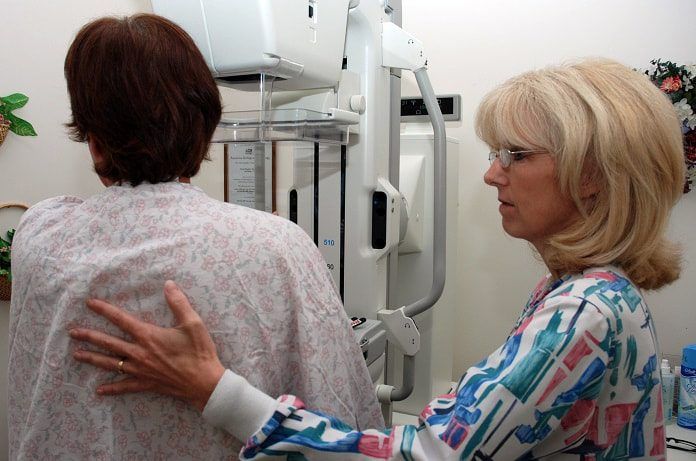 A recent study in JAMA Oncology compared the effectiveness of mammography alone vs. mammography in combination with MRI or ultrasonography in breast cancer screening. The results showed that combinatorial approaches could have a significant impact on detection rates and sensitivity for patients undergoing screening for recurrence.

Breast cancer screening is an indispensable practice in the effort to detect malignancies early on in women all over the world. The most common form of breast cancer screening, a mammogram, is a specialized form of low-dose x-rays that allow physicians to probe for changes in breast tissue, such as the presence of calcification or masses. The American Cancer Society now recommends that all women have the option to begin mammograms as early as the age of 40. However, individuals who have previously had breast cancer and were treated with radiotherapy and breast conservation therapy (BCT) are at an increased risk of developing a second cancer and are recommended to undergo a mammogram each year. Approximately 10% of these women are diagnosed with recurring cancer within 5 years and 20% within 10 years. Early detection can make all the difference for a successful treatment, as such, improving detection methods is of high priority. Patients are increasingly being screened for breast cancer with a combination of imaging techniques, including MRI and ultrasonography in conjunction with mammograms. Evaluation of the effectiveness of these combinations is limited at best, but there is some preliminary supporting evidence, specifically for breast-cancer survivors having undergone BCT under 50 years of age.

The goal of a recent study published in JAMA Oncology was to compare the performance of a combination of these imaging approaches (mammography + MRI and mammography + ultrasonography) vs mammography alone in the same group of participants who had undergone BCT before age 50. The research was conducted at 6 different institutions across South Korea from 2010 to 2016. A total of 754 women participated and were screened using the three approaches once per year over a period of three years. The authors gathered data on a number of metrics, including the cancer detection rate, sensitivity, specificity, recall rate and biopsy rate after diagnosis. Results from the two combinatorial approaches and the mammogram alone were given a likelihood of malignancy scores (0% – 100%) as per the American College of Radiology Breast Imaging Reporting and Data System (BI-RADS). The accuracy of the diagnosis was confirmed via biopsy or follow up testing within 1 year after imaging. As such, physicians were able to evaluate any incremental benefits the combination techniques vs. any potential false positive results.

The results showed that a combination of mammography with MRI yielded a cancer detection rate (CDR) almost twice as high as that of mammography alone. 8.2 cancers per 1000 people were detected with the combination approach vs 4.4 cancers for the single technique. When ultrasonography was used in conjunction with mammography, the results were 6.8 cancers detected per 1000 women. There was a drastic improvement in sensitivity for the mammography + MRI combination. No cases of cancer were missed with this screening technique, 17 out of 17 were detected (100%) compared to 9 of out of 17 detected with mammography alone (52%). The sensitivity of ultrasonography + mammography did not increase significantly. The addition of MRI did lead to some false positive diagnoses, increasing the recall, follow-up and biopsy rate. However, considering that 8 of 17 cancers would have been missed without it, the merits of its use are evident in the data and suggest that it be a considered an option for patients despite the risk of unnecessary follow-up.

The authors discussed several limitations in this study. Since they did not include a control group exposed to mammography alone, they were not able to gather data on the cancers of individuals as a function of each imaging technique. In addition, 2 of the women diagnosed with a second breast cancer were positive carriers for mutations in the tumor-suppressing BRCA gene, which may have led to an overestimation of the cancer detection rate in women after BCT.

This study was instrumental in revealing the incremental benefit of combinatorial diagnostic imaging approaches for breast cancer. The 100% sensitivity rate for mammography + MRI speaks volumes about the effectiveness of this particular combination, albeit at the risk of false positives and in hospital environments with limited MRI resources. However, these results can serve to further educate breast cancer patients, particularly those undergoing screening for recurrence, on their options for optimal detection.