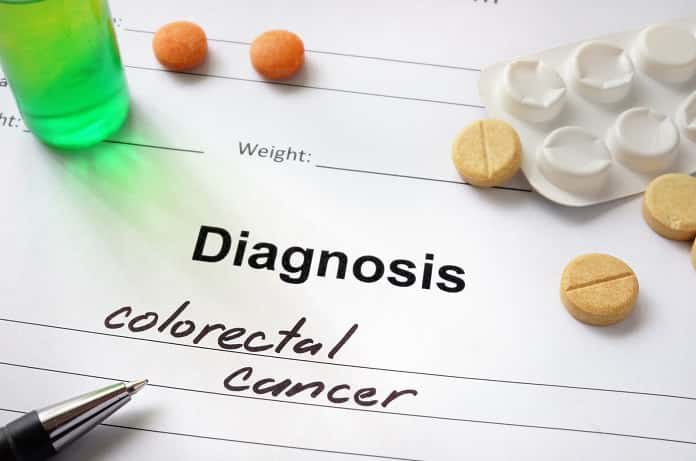 Colorectal cancers are benign epithelial tumors that often acquire malignancy and hence, they are surgically removed following detection and intensive colonoscopic surveillance is advised afterwards. A recent retrospective trial focusing on intermediate-risk patients suggests that a subgroup of lower-risk patients may not require extensive surveillance and that only the first couple of surveillance examinations impart benefits.

Colorectal cancer ranks 2nd and 3rd among the deadliest cancers for men and women in Canada, respectively. The acquisition of malignancy is among the last stages of the extensively studied adenoma to carcinoma sequence, a term that describes the step-wise acquisition of driver mutations that underlie progression to malignancy. An adenoma constitutes a benign protuberance, called polyp, emerging from the colon epithelium. They are commonly detected by routine colonoscopy and surgically removed to prevent further progression to the carcinoma stage.

Numerous studies have shown that individuals affected by colorectal adenomas are at higher risk of developing colorectal cancers even after their removal. Thus, these patients are advised to undergo a surveillance program where colonoscopies are usually conducted at three-year intervals, although this varies depending on the number, size, and microscopic characteristics of the initial adenomas. However, it remains unclear whether there might exist a subgroup of patients for which surveillance frequency and duration might be reduced or even completely abolished without any medical consequences. From a health economics perspective, this may considerably decrease the burden associated with surveillance colonoscopies, which represent 20-25% of all colonoscopies performed.

In order to address this latter question, a UK research group led by Professor Wendy Atkin recently published the results of a retrospective clinical study, which focused on the effects of adenoma surveillance on colorectal cancer incidence among intermediate-risk patients. Their results were published in the prestigious journal Lancet Oncology. Among more than 250,000 subjects who underwent lower gastroentestinal endoscopy in 17 UK-based hospitals, 11,944 were affected by adenomas whose characteristics classified them as intermediate-risk patients. 5,019 of these patients did not attend surveillance (“no-surveillance group”) whereas 6,925 did (“surveillance group”). After a median follow-up of 7.9 years per patient, 210 patients had been diagnosed with colorectal cancer overall. 121 of these cases came from the no-surveillance group (2.4% of them) whereas 89 came from the surveillance group (1.2% of them), a significant difference supporting the effectiveness of colonoscopic surveillance in preventing progression to malignancy. Next, the authors further stratified this intermediate-risk group into higher and lower-risk subgroups on the basis of polyp and procedural characteristics. They reasoned that doing so might reveal differences in the benefits of the surveillance programs. In fact, they observed that surveillance reduced colorectal cancer incidence for higher-risk patients, but not lower-risk patients. However, the very low sample size for this latter subgroup (n=24) raises questions about the statistical relevance of this finding. Finally, irrespective of the subgroup considered, only the first couple of examinations appeared to confer benefits while the following ones had little or no impact on colorectal cancer incidence.

Overall, their results reinforce the concept that surveillance does impart benefits in patients previously affected by colorectal adenomas and raises questions about the optimal frequency, duration and necessity of surveillance in a subgroup of lower-risk patients. However, this study has several limitations. First, it is a retrospective observational study and therefore, there are several parameters that the authors did not control. More specifically, there appears to be major differences among patients in the surveillance and non-surveillance groups (notably patients age and the quality of the colonoscopy) and it is unclear how this might affect the results. Moreover, the study has been performed over approximately eight years and it remains possible that surveillance has other impacts over longer periods of time. Thus, other studies, ideally randomized prospective trials, appear necessary to clarify these points.