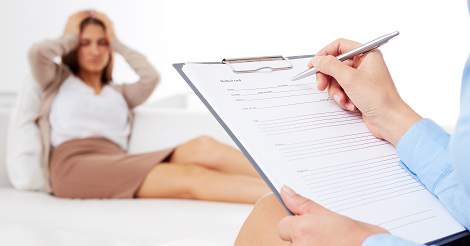 HIV/AIDs is a devastating illness which is currently best treated by antiretroviral therapy (ART). Depression is highly prevalent in HIV/AIDs patients and is associated with a decreased adherence to ART regimen. A new study published in The Lancet HIV showed that cognitive behavioural therapy improves adherence to medication and depressive symptoms in HIV patients.

Human immunodeficiency virus (HIV) is a virus that causes HIV infection, and over time could lead to acquired immunodeficiency syndrome (AIDS). HIV infects vital cells in the human immune system, specifically CD4 cells which help the immune system fight infections. By reducing the number of CD4 cells, HIV infection results in a weakened immune system which opportunistic infections or cancers can take advantage of.  While no effective cure for HIV currently exists, HIV can be controlled with proper treatment and medical care. HIV is treated with antiretroviral therapy (ART), a combination of several antiretroviral medicines which slow the rate at which HIV multiplies in the body. However, adherence to ART regimen is crucial, as stopping HIV medication allows the virus to multiply and damage the immune system.

A new study published in The Lancet HIV assessed CBT-AD in patients with HIV compared to 1) enhanced treatment as usual with adherence counseling (ETAU), and 2) information and supportive psychotherapy with adherence counseling (ISP-AD). HIV-positive adults with depression were randomly assigned to one treatment group. The ETAU group received usual care with a single session of adherence counseling and referral for depression treatment. The ISP-AD group received 11 sessions with information about adherence, problem-solving, information for healthy living with HIV, as well as supportive psychotherapy for depression. Lastly, the CBT-AD group received 11 sessions addressing motivation, behavioural change, adaptive thinking, problem-solving, self-care, as well as therapy for depression.

This study found that HIV patients who received CBT-AD had greater improvements in adherence to ART medication and depression than those who received ETAU. However, there was no difference between those who received CBT-AD and ISP-AD. This study adds to the growing pool of evidence suggesting that integrating cognitive behavioural treatment to promote adherence with treatment for depression can be a useful strategy in promoting adherence to ART and improving depression. Further efforts should examine how best to disseminate psychosocial depression treatment to people living with HIV/AIDS and examine the cost-effectiveness of such approaches.