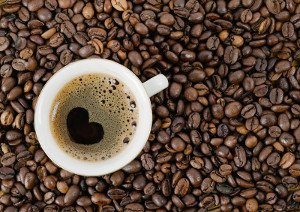 Coffee lovers can breathe easy, a new study has found no association between coffee intake and risk of atrial fibrillation

Atrial fibrillation is characterized by an irregular heart rhythm (arrhythmia), and is associated with increased risk of stroke, heart failure, dementia, and all-cause mortality. Researchers from the Karolinska Institutet, Stockholm, Sweden, therefore wanted to assess the effect of coffee, one of the most highly consumed beverages worldwide, on atrial fibrillation. The researchers analysed two cohorts of participants, in addition to reviewing the results of already published studies.

The researchers then analysed all available data from other studies also addressing coffee consumption and atrial fibrillation. Six studies were identified and included in the analysis. The combined analysis also found no associated risk of atrial fibrillation with increased coffee intake.

While the researchers did not find evidence of an increase in risk of atrial fibrillation with increased coffee consumption, they do state that the available data is limited, warranting further study.