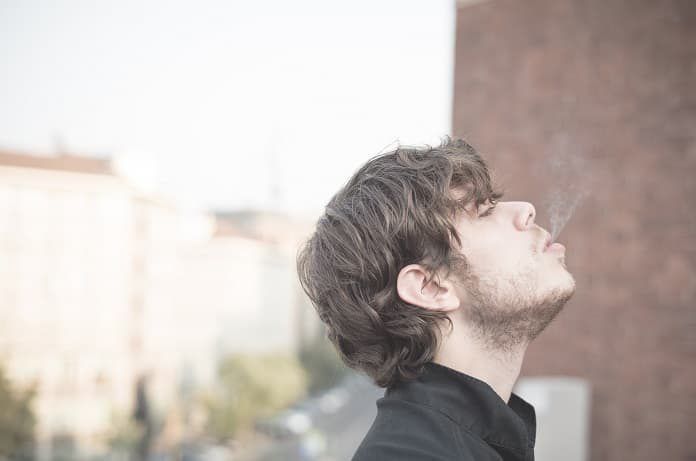 A newpaper published in JAMA Pediatrics carried out a systematic review and meta-analysis of prior studies investigating the ramifications of e-cigarette use in adolescents and young adults. It was found that e-cigarette use was associated with a greater risk for subsequent cigarette smoking.

Since its introduction to the United States in 2007, usage of e-cigarettes has been rapidly on the rise. In fact, among US adolescents, its prevalence increased 10-fold in the mere span of four years, from 2011 to 2015. Furthermore, multiple studies have reported that e-cigarette use is associated with an increased likelihood of cigarette smoking. The US Surgeon General identified this increased risk as a critical public health concern. To better establish the potential influence of e-cigarette use on public health, a team of researchers conducted a systematic review and meta-analysis—the first of its kind—of longitudinal studies to obtain valid and generalizable estimates of increased cigarette smoking risk, taking into account a wide range of populations, study settings, and certain confounding influences published in JAMA Pediatrics.

The systematic review was carried out in accordance with the Meta-analysis of Observational Studies in Epidemiology (MOOSE) guidelines. Searches performed between February 7 and February 17, 2017, yielded nine studies which satisfied inclusion criteria, ultimately comprising an impressive 17 389 adolescents and young adults. The Newcastle-Ottawa Scale and the Risk of Bias in Non-randomized Studies of Interventions tool were used, respectively, to evaluate study quality and risk of bias. Finally, data and estimates were pooled using random-effects meta-analysis.

The study offered three possible reasons for this. First, the acts of puffing, inhaling, and exhaling an e-cigarette is virtually identical to behavioral scripts of cigarette smoking, making the transition to cigarette smoking more natural. Second, teenagers and young adults who use nicotine-containing e-cigarettes may become addicted, prompting them to explore other forms of inhalable nicotine to satisfy their cravings more effectively. Lastly, e-cigarette use may stimulate cognitive or behavioral processes that increase the risk of becoming a cigarette smoker. For instance, the latter may manifest in an increased affiliation with others who smoke cigarettes.

In all, the researchers state that in order to minimize the potential public health harm stemming from e-cigarette use, regulatory actions must be taken. By reporting true nicotine content and limiting in-store sales of e-cigarettes, state and local agencies may be able to prevent youth from becoming cigarette smokers, ensuring their health as adults as well as that of our society.