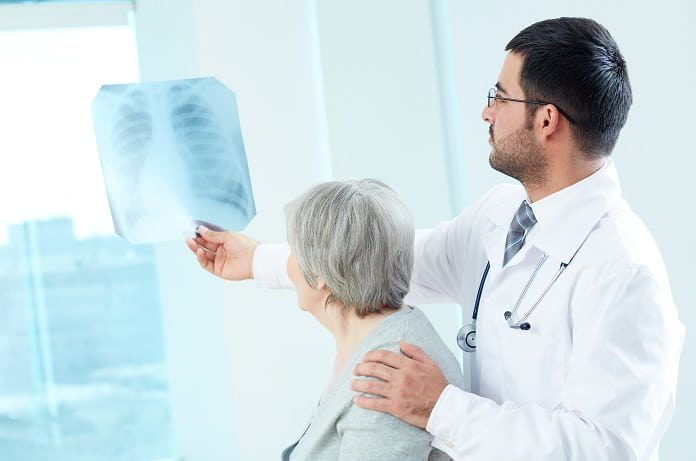 Treatment for chronic obstructive pulmonary disease is currently costing the US approximately $50 billion every year. Most costs are related to acute exacerbation management. Researchers investigated the variability in exacerbations year to year and factors associated with consistent exacerbations.

Chronic obstructive pulmonary disease (COPD) is an obstructive lung disease which includes bronchitis and emphysema, with the vast majority of cases caused by smoking. Developing over time, most cases are diagnosed in people over the age of 40 years old. Chronic bronchitis occurs when a person’s airways become swollen and filled with mucus, whereas emphysema occurs when air sacs (alveoli) in an individual’s lungs become damaged. Both result in difficulty breathing.

COPD patients who experience frequent exacerbations experience a poor quality of life. As many as 21% of patients die within a year of experiencing an exacerbation requiring hospital admission.  Current treatments available are able to reduce the frequency of exacerbations, however, further research into better therapies and the ability to identify individuals at high risk for targeted treatment is essential.

A recent study by Paine and colleagues published in The Lancet Respiratory Medicine investigated the variability in exacerbations experienced from year to year and the factors linked to frequent exacerbations over time. The study enrolled 2,981 patients who were a part of the Subpopulations and Intermediate Outcome Measures in COPD Study (SPIROMICS) cohort. Patients between the ages of 40 – 80 years old who had been diagnosed with COPD were included. Participants in the study were classified according to their yearly exacerbation frequency: patients who experienced no exacerbations in any year (between 2010 and 2015), one exacerbation per year in the 3 years of follow-up, and patients with inconsistent exacerbations.

Limitations noted by the authors in this analysis include the participants included in the SPIROMICS cohort are not population-based, potentially making the analysis biased as the types of patients treated at academic medical centres may differ from the general COPD population. Also, COPD treatment plans were decided upon by an individual’s physician and not guided by a study protocol, which may have also caused variations in the patient experiencing exacerbation events.

In conclusion, although exacerbation events are quite common in COPD patients, acute exacerbation frequency is subject to substantial fluctuation for most individuals. Those who experienced at least one acute exacerbation during the three-year follow-up rarely experienced repeated events in the same year. Several biomarkers associated with frequent exacerbations were identified the year before the study, including small airway abnormality identified by CT scans and blood biomarkers (interleukin-8 and interleukin-15).