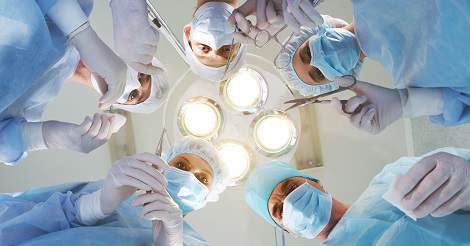 A modern approach to prostate cancer treatment, robot-assisted laparoscopic prostatectomy (RLP), is far less invasive than the traditional radial retropubic prostatectomy (RRP). However, outside of benefits conferred by the less invasive nature of the former operation, patients who underwent LRP and RRP were not different at 12 weeks post-surgery in terms of quality of life and pathology.

As the second most common form of cancer in men, the treatment of prostate cancer is a common research topic. The classic operation, a radial retropubic prostatectomy (RRP), is very invasive and can lead to impotence and urinary problems. A new method, robot-assisted laparoscopic prostatectomy (RLP), is much less invasive but lacks sufficient clinical evidence to make conclusive claims about its efficacy. A study by Yaxley et al. published in The Lancet sought to determine which treatment choice is best.

The study was conducted in Australia, and recruited men with clinically localised prostate cancer choosing to undergo surgery. Participants were randomly given a surgery type and all procedures of each type were conducted by the same surgeon i.e. all RLPs were done by the same surgeon and all RRPs were done by the same surgeon. 308 patients underwent surgery, with 151 undergoing RRP and 157 undergoing RLP. Patients self-reported the outcomes from the procedure at baseline, 6 weeks and 12 weeks. Other assessments were also taken but were not included in the article, whether that time has not yet been reached or because they were inconsequential. Among the outcomes included in the questionnaire were urinary function, sexual function, pain and fatigue.

In completing the questionnaires, the patients reported no significant differences at any time up to 12 weeks between the two procedures regarding sexual or urinary recovery. There were, however, a number of differences related to the contrast in invasiveness between the procedures. Patients who underwent RLP had less blood loss, less intraoperative adverse events, less pain at 24 h and 1 week after surgery and showed better physical quality of life scores at 6 weeks post-operation; however, despite these benefits, these patients did not return to work earlier than those who underwent the more invasive RRP procedure. There may also be long-term differences between the two procedures, as erectile recovery can continue for up to 3 years after the procedure.

Overall, the two procedures are similar in patient outcome. Patients who underwent RLP saw benefits of the reduced invasiveness of the procedure, but did not return to work any quicker and saw no significant difference in sexual or urinary recovery. Differences may arise in long-term recovery, as both sexual and urinary function improve over time, so follow up with the patients after 24 months will be conducted and published. Until the results are known, study researchers recommend that patients choose an experienced surgeon they are comfortable with regardless of the procedure, as the similarity in short-term outcome makes surgical skill the determining factor in choosing prostate cancer treatment.