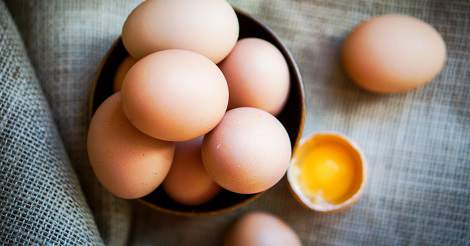 The loss of physiological homeostasis, and resultant increase in heart rate and blood pressure variability, has been linked to adverse outcomes. In a new study, the effects of cholesterol variability were examined, and it was determined that higher visit-to-visit low-density lipoprotein cholesterol variation is linked to decreased neural health.

The degeneration of the body’s ability to regulate itself, or its ability to maintain homeostasis, has been linked to health problems. Increases in heart rate and blood pressure variability have been linked to vascular events, decreased cognitive ability and death. Based on these findings, scientists wonder if low density lipoprotein cholesterol variability (LDL-C) could affect cognition, due to cholesterol’s important role in brain health.

The study, conducted by Smit et al. and published in Circulation, was conducted on 4428 participants 70 to 82 years old with pre-existing vascular disease. The pre-existing vascular disease criteria were present because the subjects were also part of a study on whether the drug pravastatin decreases the likelihood of major cerebrovascular or cardiovascular events. Cognitive performance, hippocampal volume, cerebral blood flow and white matter hyperintensity load were compared with LDL-C variability between visits. Cognitive performance was assessed via testing of selective attention, information processing speed and verbal memory. The other three factors were assessed via MRI. White matter hyperintensities are degenerations of normal white matter that are visible via MRIs.  Though 4428 participants participated in evaluation of cognitive performance and LDL-C variability, only 535 underwent MRI evaluations. Analyses were done to control for mean LDL-C levels and isolate for LDL-C variability.

Researchers found that higher LDL-C variability is associated with decreased cognitive performance, and that this association is independent of mean LDL-C levels. They also found that higher variability is associated with lower cerebral blood flow and increased white matter hyperintensity load, both being indications of neural degeneration. These findings could be explained by LDL-C variability directly causing the changes in cognitive function. Cholesterol levels affect the composition of artery clogging plaques, and thus variations in cholesterol could lead to instability in said plaques and decrease cerebral blood flow. The findings could also be caused by LDL-C variability being a marker of an underlying illness that is also causing the cerebral dysfunction, as can be the case in serious liver disease.

LDL-C variability was shown to be linked to decreased cognition and other markers of neural dysfunction. The exact mechanics of the relationship are unclear, and further studies should be done in a more controlled manner that would allow researchers to determine the cause of the correlation. Regardless, these findings support the theory of LDL-C as a useful marker in diagnosis of cognitive health.