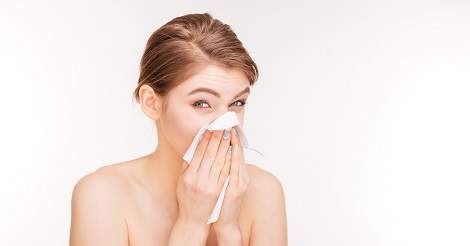 The number of nasal allergies is increasing over time, however, asthma symptoms among adults tend to remain stable.

Although past research investigating the prevalence of asthma and allergies among adult populations is relatively scant, information that does exist tends to suggest two trends: first, that asthma symptoms tend to remain stable over time, and second, that sensitivity to allergens tends to increase. Studies looking at these issues have largely been done in Europe, and include the European Community and Respiratory Health Survey (ECRHS), a large-scale, multi-country collection of data ongoing since the 1990’s.

Researchers in Chile recently published a study on BioMed Central which sought to confirm the overall trends suggested by the past research, and also to expand investigation to populations outside Europe. The study, which involved Chilean adults aged 22 to 28 living in a semi-rural area of Central Chile, examined the changes in prevalence of symptoms of asthma and rhinitis (nasal allergies) over a period of 10 years.

Overall, 772 individuals participated in the study, which ran from 2001 to 2011.  At the start of the study, participants were assessed for lung function and respiratory symptoms. Skin prick tests were also performed to determine responsiveness to eight allergens (including cat fur, cockroach, grass, pollens, and weeds).  Ten years later, participants were asked to complete a detailed questionnaire about their socio-economic background, lifestyle, and respiratory symptoms. In both 2001 and 2011, information about the participants’ asthma symptoms was also collected using the ECRHS questionnaire.

Researchers found that over the 10 year period of the study, there was an 8% net increase in the number of self-reported nasal allergies. However, symptoms of asthma remained in stable, or were only slightly changed, during the same period. While there did not seem to be a clear correlation between specific allergies and change in symptoms of either asthma or allergy response, researchers did conclude that being sensitive to at least one allergen at baseline was a risk factor for persistence of symptoms over time.

The study was not able to provide reasons for the differing trends between asthma and allergy symptoms. However, the authors do suggest that these results confirm not only that more individuals become allergic over time, but also that individuals already suffering from allergies tend to develop new ones.