Home Medicine Pediatrics Children’s Food Decisions Are Based on Tastiness and What They Believe Their... 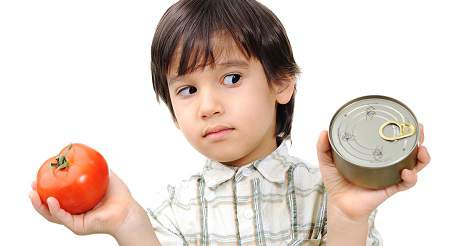 Study reports that children’s food decisions are based on taste and projected maternal choices, and functionally represented in the brain by an inhibitory relationship between two areas in the prefrontal cortex.

Making healthy food choices is critical to lifelong well-being and survival. During early development, parents initially regulate what their children eat until they gradually learn how to make their own food choices. This process is shaped by repeated parent-child interactions where children learn parental expectations that emphasize long-term goals over immediate pleasure from food. Children tend to be attracted to sweet and salty tastes, and have poor or limited knowledge of the nutritional information in unhealthy foods. Therefore, remembering their parent’s food choices serves in part to regulate their own decisions until they reach early adulthood. In a recent Nature Communications report, a group of researchers set out to examine how children’s food preferences and what they believed their mother would want them to eat impacted their food decisions.

Twenty-five children with a mean age of 11 years old and their mothers participated in the study. To examine how children incorporate taste and health values into their food choices, children were instructed to fast for 3 hours prior to the study and rate 60 different food items on a four point scale for taste (very bad to very good), health (very unhealthy to very healthy), and overall preference (strongly dislike to strongly like). The children then completed two tasks where food items were randomly presented on a screen in front of them in an fMRI scanner. In the first task, or ‘own choice’ condition, they were asked to make their own food choices based on how much they wanted to eat that food. In the second task, or ‘mom’s choice’ condition, they were asked to predict what their moms would choose for them to eat.

As predicted by the researchers, the children made their own food choices based solely on taste, whereas they utilized taste and health ratings when they made their ‘mom’s choice’ food decisions. They also made comparatively healthier and less tasty choices in the ‘mom’s choice’ condition compared to their ‘own choice’ decision. These results suggest that children have difficulty using health information to make their own food choices even though they have knowledge of its health value.

In the fMRI scanner, children made their own food choices much faster than their projected ‘mom’s choices’, indicating that the latter required more cognitive processing. Age, puberty, and BMI scores were also found not play a significant role in children’s food decisions. Interestingly, when children’s food preference data was analyzed with their projected ‘mom’s choice’ data using a computational model, both their ‘own choice’ and their ‘mom’s choice’ significantly predicted their food decisions, indicating that what their mom would choose for them to eat had a partial impact on their overall food decision behaviours.

From fMRI imaging data, it was observed that the brain area most important in encoding children’s own food preferences was the ventromedial prefrontal cortex (vmPFC), a region in the frontal lobe that has been associated with decision-making, goal-making, and motivation. Their projected mom’s choices were primarily encoded in the left dorsolateral prefrontal cortex (dlPFC), a region critical in self-control and social cognition. Neither region was correlated with health values. Analysis of the interaction between the two regions during children’s ‘own choice’ condition reveals a significant negative functional connection, or an inhibitory relationship. No significant functional relationship was observed between the vmPFC and left dlPFC during the ‘mom’s choice’ trials, which suggests that these regions only interact when children make their own food choices.

This study demonstrates that children use novel computational and neurobiological mechanisms to make their own food choices compared to when they predict their mom’s food choices for them. Their inability to apply health values to their own food decisions implies that the best way for them to choose healthier food is to think about what their mother or parent would want them to eat. The presence of a functional inhibitory relationship between the vmPFC and left dlPFC during children’s ‘own choice’ condition supports the hypothesis that the vmPFC-dlPFC circuit may be a neurobiological mechanism to regulate children’s food decisions; the circuit uses different value inputs, where children use maternal choices and adults use nutritional health information.