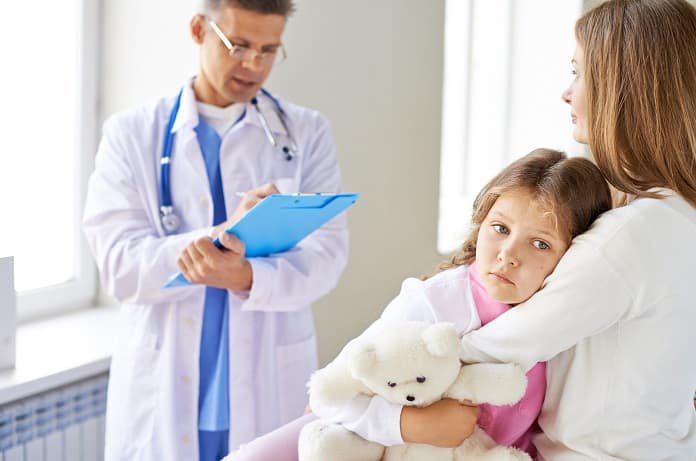 In a recent study, researchers investigated whether there is a link between children’s antibiotics and the rise of autoimmune diseases such as type 1 diabetes and celiac disease.

The continued rise of autoimmune diseases (conditions in which the immune system attacks the body’s own cells) is believed to be caused in part by the increasing use of antibiotics, especially in early life.  There have also been studies suggesting the opposite, finding that use of children’s antibiotics actually decreases the risk of developing autoimmune diseases such as type 1 diabetes (T1D) or celiac disease (CD). Clarifying the effect of antibiotic use on the development of autoimmune diseases could lead to an improved understanding of the risks and benefits associated with antibiotics and their appropriate use, enabling physicians and parents to make informed decisions about the treatment of younger patients.

In a recent study published in JAMA Pediatrics, researchers investigated whether the antibiotic use was linked to T1D or CD in children four years and under. Children born at hospitals in Finland, Germany, Sweden, and the United States between November 20, 2004, and July 8, 2010, were entered into the study at birth. Only children who were at risk for developing T1D or CD were eligible for the study. Children were considered at-risk if they possessed one of nine genetic patterns associated with T1D, or had a parent or sibling with the disease.

Blood samples were collected four times yearly between three months and four years of age and tested for antibodies (indicative of an autoimmune response) against structures important in T1D and CD. As low or absent insulin production is a hallmark of T1D, blood was screened for three types of antibodies against the insulin-producing Islets of Langerhans (anti-ILs). Blood was also screened for antibodies against an enzyme thought to protect against intestinal damage caused by certain wheat-based proteins, tissue transglutaminase. Anti-tissue transglutaminase (anti-tTGA) is often found in individuals with celiac disease. The children’ parents recorded any physician-prescribed exposure to antibiotics over the first four years of life. Antibiotics were classified as β-lactams, amoxicillins, penicillins, cephalosporins, and macrolides.

By August 2014, there were 8,495 children included in the analysis. There were 38,152 exposures to antibiotics among the children over the ten year period, of which 42% involved amoxicillins. Before the age of four years, 70% of exposures were either β-lactams or macrolides. Penicillin prescriptions were more common in Sweden, while amoxicillin prescriptions were more common in Finland and the United States. By their first year, 72% of children had received two or fewer doses of any antibiotic. In contrast, by their fourth year, 35% had received two to three doses and 38% had received four or more doses.

At four years of age, 5.5% of children had anti-ILs in their blood and 12% had anti-tTGA. At least one anti-IL was usually discovered around 21 months and anti-tTGA around 31 months. No link was found between the presence of anti-ILs or anti-tTGA and antibiotic exposure within the first four years of life.  These results show that increased use of children’s antibiotics was not associated with an increased risk of either diabetes or celiac disease.

Overall, the study findings suggest there is no link between children’s antibiotics and type 1 diabetes and celiac disease. Future research on the effect of antibiotic use on other autoimmune diseases may benefit from also obtaining information about antibiotic exposure from medical records, rather than from the reports of parents alone, in order to reduce reporting errors. The inclusion of children not at risk for T1D or CD for comparison may also give context to any findings.