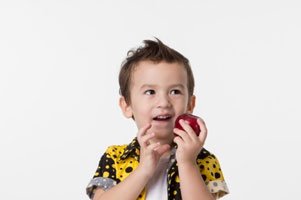 The impact of excess weight and obesity on a child’s short- and long-term health is well documented to increase the risk of cardiovascular disease, bone and joint problems, type-2 diabetes, stroke, cancer, and adult obesity. The term ‘overweight’ is defined as having excess body weight for a particular height, while ‘obesity’ refers to having excess body fat. Parents play a critical role in their child’s eating behaviour, and it has been observed that parents who are able to recognize weight problems are more likely to facilitate changes to a healthier diet.

A research group recently examined the link between parental perception of their child’s weight and their child’s diet in Northern England. They assessed this association by administering a questionnaire to 361 parents containing questions on such as, “How would you describe your child’s weight at the moment?” and “How concerned are you about your child becoming overweight in the future?”. Five choices for response were presented, ranging from underweight to overweight, and unconcerned to very concerned. Child diets were assessed using a food diary method at home and at school.

Of the parents surveyed, it was discovered that 17% of them incorrectly perceived their child as ‘normal’ or ‘overweight’ when they were actually ‘overweight’ and ‘obese’, respectively, and were more likely to be concerned about their child’s future weight. 52% of the children whose weight had been incorrectly perceived also received a lower healthy diet score, which represents decreased intake of vegetables, potatoes, whole-grain cereals not high in sugar, and non-processed meat and fish. The diets of these children also revealed an increased consumption of diet products like reduced-sugar carbonated drinks.

The results of the study are consistent with previous studies that show that accurate parental perception of a child’s weight is associated with less child weight gain over time. It also suggests that incorrect perception may be due to parents focusing only on one aspect of diet, such as sugar intake by restricting sweetened drinks, rather than overall diet. In addition, maternal education is important to improve a child’s overall diet, supported by a positive correlation observed in this study between lower maternal education and incorrect weight perception. Both of these observations indicate a need to educate parents on aspects of healthy eating and nutrition to improve overall child eating behaviours. 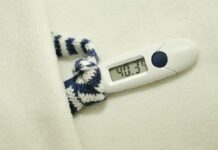